Had good conversation with Trump in Paris: Vladimir Putin 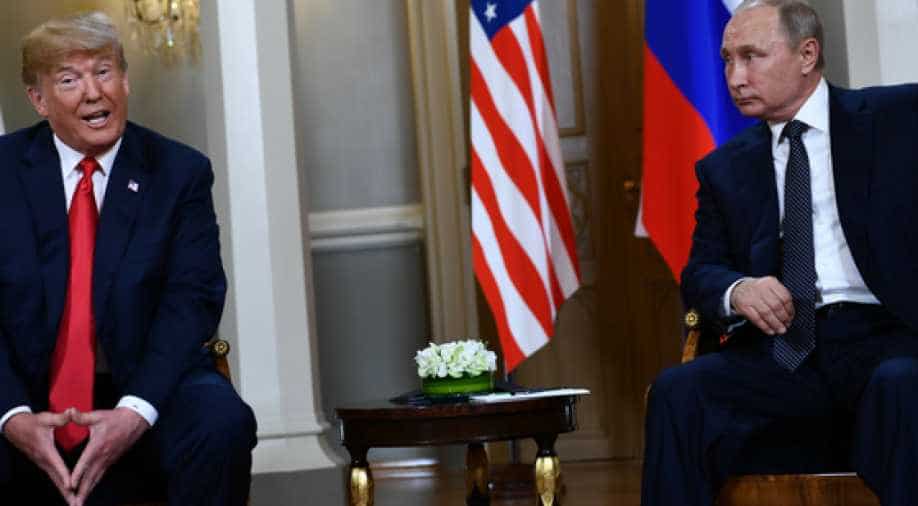 Around 70 leaders including the Russian and US leaders travelled to the French capital to mark the centenary of the 1918 Armistice.

Russian President Vladimir Putin said on Sunday he had a brief but good conversation with US leader Donald Trump at World War I centenary events in Paris, Russian media reported.

He did not provide further details but the French presidency said the pair had a wide-ranging discussion during lunch after the Paris commemoration.

Host and French President Emmanuel Macron was there and German Chancellor Angela Merkel took part in some of the exchanges, the presidency said.

Around 70 leaders including the Russian and US leaders travelled to the French capital to mark the centenary of the 1918 Armistice.

Arriving last for the event, Putin made for his US counterpart to shake his hand before giving him a thumbs up sign, while smiling.

Speaking in an interview with the Kremlin-backed channel RT France earlier in the day, Putin confirmed they did not want to steal French President Emmanuel Macron's thunder.

"... we agreed not to violate the host's work schedule, we will not organise any meetings here at their request," he said.

Kremlin spokesman Dmitry Peskov said the pair agreed to hold a more detailed discussion on the sidelines of the G20 summit in Argentina at the end of the month.

The Kremlin said earlier that the prospect of a full meeting between the US and Russian presidents had prompted huge international media interest, leading to concern from the French organisers this could overshadow the commemorations.

Expectations have been growing for a new Trump-Putin meeting as tensions pile up over the Cold War-era Intermediate-Range Nuclear Forces Treaty (INF) and US sanctions against Moscow.

Last month Trump sparked concerns globally when he said he would ditch the INF pact.

Putin warned that abandoning the treaty would unleash a new arms race and put Europe in danger.