Putin is operating on his own timetable, and it may be a long one 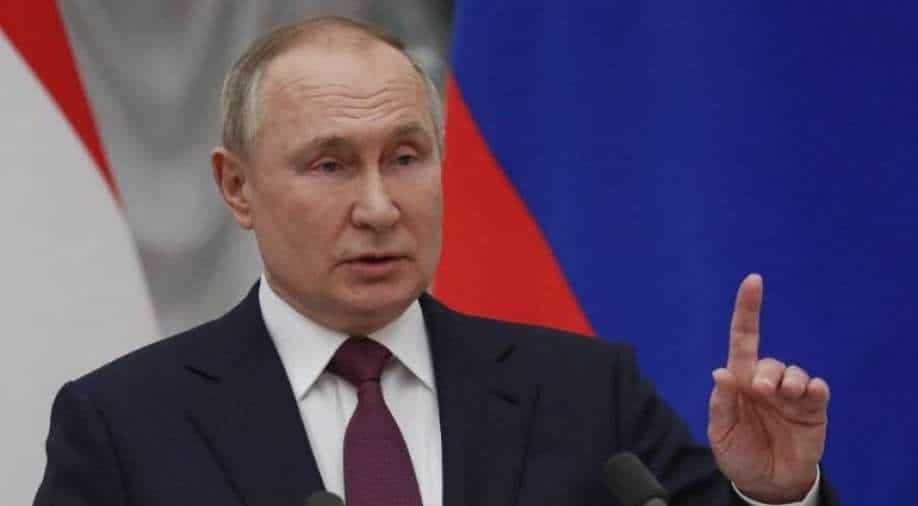 The Ukraine crisis is here to stay.

President Vladimir Putin of Russia is increasingly staking his legacy on reversing Ukraine’s pro-Western shift. Even if he does not order an invasion this winter, he is making clear that he will keep the pressure on, backed by the threat of force, for as long as it takes to get his way.

But Ukraine’s leaders have so far refused to compromise on Putin’s terms, and the West sees the Kremlin’s demand for a Russian sphere of influence in Eastern Europe as a nonstarter. That leaves the best-case scenario as a long and dangerous diplomatic slog toward a difficult settlement — a process that could consume Western resources and attention for many months.

President Emmanuel Macron of France, shuttling from Moscow to Kyiv, Ukraine, to Berlin on Monday and Tuesday, described the coming days as crucial in the West’s bid to avert war. Putin countered with a pledge to keep the “dialogue” going. It was a message that implied he would be deliberate in using his levers of influence and coercion to deal with the long-standing Russian grievances that the Kremlin appears newly determined to address.

“I expect we’ll have this crisis with us, in various forms, for all of 2022, at least,” said Andrei Sushentsov, dean of the school of international relations at MGIMO, the elite Moscow university run by the Russian Foreign Ministry.

He described the current standoff as only the first step in a drawn-out Russian effort to force the West to agree to a new security architecture for Eastern Europe. It was a characterization of the start of a more high-stakes phase in Russia’s yearslong conflict with the West that is gaining currency in Moscow’s foreign policy circles.

Russia’s aim, according to Sushentsov: keep the threat of war ever-present, and thus compel negotiations that Western officials have avoided until now.

For too long, he said in an interview, people in Western Europe have been lulled into thinking that a new war on the continent was impossible. For Putin, that point of view needs to be changed, Sushentsov said, to compel the West to accept Russia’s demands.

“What’s important is this suspense, this feeling of a prewar situation,” Sushentsov said. “People are spoiled by an overly long peace. They think of security as a given, as something that is attained for free, rather than something that must be negotiated. This is a mistake.”

For the West, that approach could mean being drawn in to a new sort of “forever war” — a conflict consuming ever more time and treasure, with no clear exit strategy. President Joe Biden on Monday characterized a Russian invasion of Ukraine as “tanks or troops crossing the border.” But U.S. officials say that there remain numerous lower-grade options that Putin is considering that could touch off a less deadly but still costly conflict.

Even if Macron, working with Biden and other Western leaders, were to help secure a temporary relaxation of tensions, Putin’s demands are so expansive — and his disdain of Ukraine’s pro-Western leaders so great — that analysts struggle to imagine a grand bargain being struck.

Ruslan Pukhov, a Russian military analyst, said that even if the West and Ukraine were to make sufficient concessions in the coming weeks to avert an armed conflict, they would be unlikely to satisfy Russia in the longer term, adding that a renewed threat of war could come next year.

“The West just doesn’t understand how much this is a question of life or death for us,” said Pukhov, who runs the Center for Analysis of Strategies and Technologies, a privately owned think tank in Moscow. “Ukraine in NATO, from my point of view or Russia’s, would be the equivalent of nuclear war.”

Putin made the threat of war over Ukraine between nuclear superpowers explicit twice in recent days: in news conferences after his meetings with Prime Minister Viktor Orban of Hungary last week and with Macron on Monday. Both times, Putin described a scenario in which Ukraine would join NATO and then try to recapture Crimea, the Ukrainian peninsula that Russia annexed in 2014, with the Western alliance’s backing.

Dmitri Kiselyov, one of Russian state television’s leading anchors, on Sunday detailed what would happen next: a nuclear war in which Russia, faced with its own destruction, would take the West with it.

“Let’s remember that Russia doesn’t need a world without Russia,” Kiselyov intoned at the beginning of his weekly prime-time show, paraphrasing a 2018 line by Putin. “And then not just America, but also Europe, will turn into radioactive ash.”

Western officials describe NATO membership for Ukraine as unrealistic anytime in the near future, but the Kremlin insists that even the possibility poses an existential threat. On the ground, analysts see preparations gaining pace for a possible military solution to preventing Ukraine from ever joining NATO.

Researchers monitoring satellite imagery and footage of troop movements posted to social media say that Russia is deploying personnel and equipment within miles of the border with Ukraine. The forces have been filmed setting up tents in the mud and snow, adding to fears that Putin could order an attack as early as this month.

“It’s safe to say that this is not a force posture that Russia is going to maintain for an extended period of time,” said Michael Kofman, director of Russia studies at CNA, a research institute based in Arlington, Virginia. “They are entering a go/no-go posture, and they’re going to make that decision in the coming weeks.”

But even if an attack were to happen, touching off what would most likely be enormous human suffering in Ukraine, the diplomatic scramble would continue — with Russia exercising even more leverage, Kofman argued.

“Diplomacy continues throughout war,” he said. “Ultimately, there would need to be some sort of agreement.”

Despite the worrying troop movements, many analysts inside Russia continue to doubt that Putin will actually order a full invasion. The risks would far exceed any of Putin’s prior military pushes, like the five-day war against Georgia in 2008 or the still-simmering proxy war in eastern Ukraine that he started in 2014. Russian missiles could miss their targets, causing civilian casualties; Ukraine could respond by attacking Russian targets across the border.

“I think most military officials understand that any operation would be rife with great difficulties,” said Pukhov, the Russian military analyst. “One has to understand that even in the event of limited military action, you won’t be able to avoid a major escalation, and it won’t conclude in five days.”

The Kremlin said Tuesday that Russia would withdraw the thousands of troops it had sent to Belarus, Ukraine’s northern neighbor, after large-scale joint exercises concluded there Feb. 20. Whether the Russian troops indeed leave will be one closely watched signal of Putin’s military intentions. Even if they do, Russia’s newfound appetite for attention-grabbing military pressure against Ukraine and the West is likely to remain.

“Russia has departed from the tactic of simply asking to be listened to,” said Sushentsov, the university dean. “Russian leaders have seen that this does not work and that it is necessary to make clear the risks of the Russian position being ignored.”