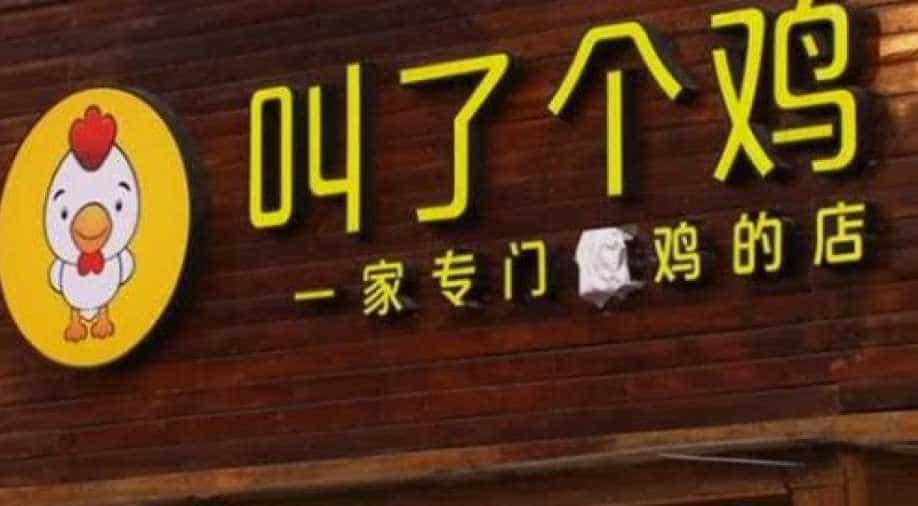 People in China were divided over a fried chicken chain's sexually suggestive name - "Call a Chick" - and its menu items, which local media said were under investigation by authorities for possible violations of social order.

Chick, or chicken, is slang for a prostitute in Chinese.

It also ran a suggestive promotion slogan titled "Satisfying all your expectations over chicks".

The Shanghai Daily said the chain first came under fire in the western province of Sichuan when a woman complained to the media after her 8-year-old son kept asking her its meaning.

The Shanghai Industrial and Commercial Administrative Bureau said it had launched an investigation, the newspaper added.

In three of the chain's restaurants in Beijing on Thursday (November 24) Reuters reporters requested to see take out menus and menus that included the suggestive items, none were available and staff declined to comment.

The chain's slogan written on each restaurant and packaging box is "Call a Chick, a store specialising in cooking/being chicks."

One store near a primary school in Beijing covered the Chinese character on the slogan meaning "cooking/being" however it was still present on packaging boxes.

"I think it (the fried chicken chain) was pushing the envelope when choosing this name, and I don`t believe it thought this name was just a normal one. So my opinion is that if we all think this way, why can`t the supervision departments carry out their duties to provide the society with a clean, elegant and civilised name? This is not only for students but also for other people," said 45-year-old Beijing resident Liu Qing.

Laws ban advertisements that undermine public order or violate ethical standards. Offenders can face fines of up to 1 million yuan ($145,135) and have their business license revoked, the Shanghai Daily said.

The company explained in a microblog posting over the weekend that it had been targeting 18-28-year-olds. It acknowledged that its market had changed and that the language in its marketing and menu were no longer appropriate and had been fixed.

It also apologised to the woman in Chengdu and any other customers who found the language "ill-suited".

On Wednesday (November 23), it posted an open letter on its official microblog saying they were upgrading and rebuilding the brand regarding ambiguous words in the promotion slogan and on its menu.

It said the chain's brand and sign were lawful and compliant with regulatory requirements as 16 stores all over the country had been approved to use "Call a Chick" as a registered business name by local administrations for industry and commerce.