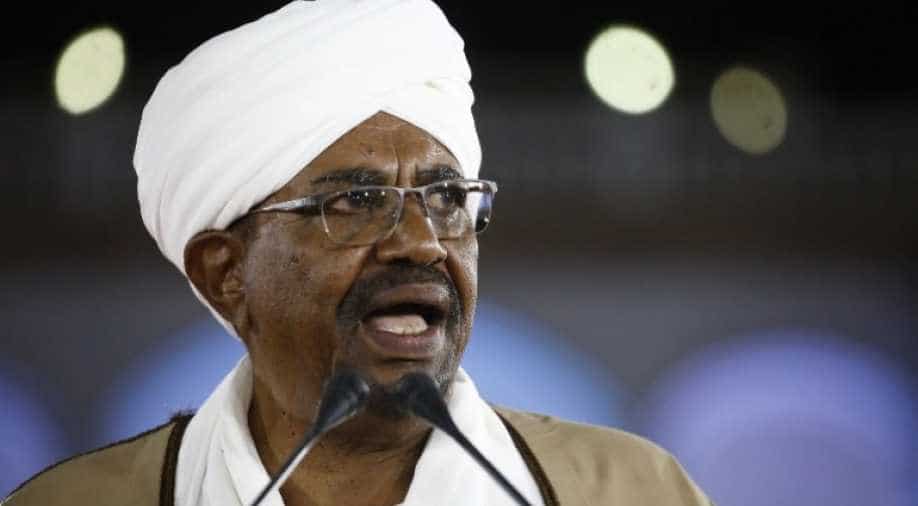 Bashir's three-decade rule has been rocked by two months of protests that a deadly crackdown has failed to suppress and on Friday he imposed a nationwide state of emergency and dissolved the federal and provincial governments.

Sudanese protest leaders on Saturday dismissed veteran President Omar al-Bashir's declaration of a state of emergency and vowed to keep up nationwide demonstrations until his "regime is overthrown."

Bashir's three-decade rule has been rocked by two months of protests that a deadly crackdown has failed to suppress and on Friday he imposed a nationwide state of emergency and dissolved the federal and provincial governments.

In a televised speech to the nation, the veteran leader pledged to form a government of technocrats to address the country's chronic economic woes, which have been the driving force behind the protests.

But protest organisers and their supporters in the political opposition said the state of emergency showed that Bashir's government was weakened and only its overthrow would now satisfy the protesters.

"Imposing a state of emergency shows the fear within the regime," the Alliance for Freedom and Change said

"We will continue with our people to take to the streets across all towns and villages until our demand has been achieved."

The National Umma Party, whose leader Sadiq al-Mahdi was Sudan's elected prime minister when Bashir seized power in an Islamist-backed coup in 1989, said the protests against his successor's iron-fisted rule would continue until he quit.

"Dissolving the government and imposing a state of emergency is nothing but a repetition of this regime's failures," it said.

"Nothing will satisfy the people who are taking to the streets except the overthrow of this regime."

Analysts said the state of emergency was an act of desperation that would make it even harder to turn round the economy and ease public anger.

"The declaration of emergency powers only makes it less likely that the economy can be revived," said Eric Reeves, a senior fellow at Harvard University, who has tracked Sudan's politics and economy for two decades.

"The regime has never understood economics...that’s why there are in the mess they are."

Sudan has been hit by a chronic shortage of hard currency to pay for imports that have worsened since South Sudan became independent in 2011, taking with it the bulk of oil earnings.

The resulting shortages in basic goods have fuelled spiralling inflation that has devastated the purchasing power and living standards of ordinary Sudanese from agricultural labourers to middle-class professionals.

The immediate trigger for the demonstrations was a government decision to triple the price of bread because of a chronic shortage of flour.

But the demonstrations swiftly mushroomed as they fed into wider grievances and the Sudanese Professionals Association -- an umbrella group of teachers, doctors and engineer -- has taken the lead in using social media to organise daily protests against the government.

It was only afterwards that the political opposition joined in, forming an alliance with the SPA.

"The imposing of emergency, unfortunately, suggests that things will get worse before they get better," said Murithi Mutiga of Brussels-based think tank, the International Crisis Group (ICG).

"It concentrates powers in Bashir's hands and sets the stage for a confrontation with the protest movement, which may become more violent than it has been."

Mutiga said Bashir's moves suggest he has no tools to revive the economy.

"At best he can use repression to buy some time. He has no good options to save the regime," he said.

Human Rights Watch says at least 51 people have been killed.

Officials say that 31 people have died in protest-related violence since the demonstrations began on December 19.

Hundreds of protesters, opposition leaders, activists and journalists have been jailed in a crackdown led by the feared National Intelligence and Security Service.

Soon after he imposed the emergency, prominent newspaper editor Osman Mirghani was detained by security agents for comments he made in a television interview criticising the move.

Bashir told Sudanese he understood the scale of the economic crisis facing the country.

"Our country is suffering from a difficult and complicated situation, the most difficult in its history," he said.

"The economic issue needs to be tackled by qualified people and for this I will form a government made of people of quality."

But the president's promise of a government of technocrats carries little credibility after so many years of economic mismanagement.

The protest alliance, which also includes the political wings of rebel groups in Sudan's three domestic war zones, has united around a platform that promises radical reforms, including an end to huge military spending on the conflicts.