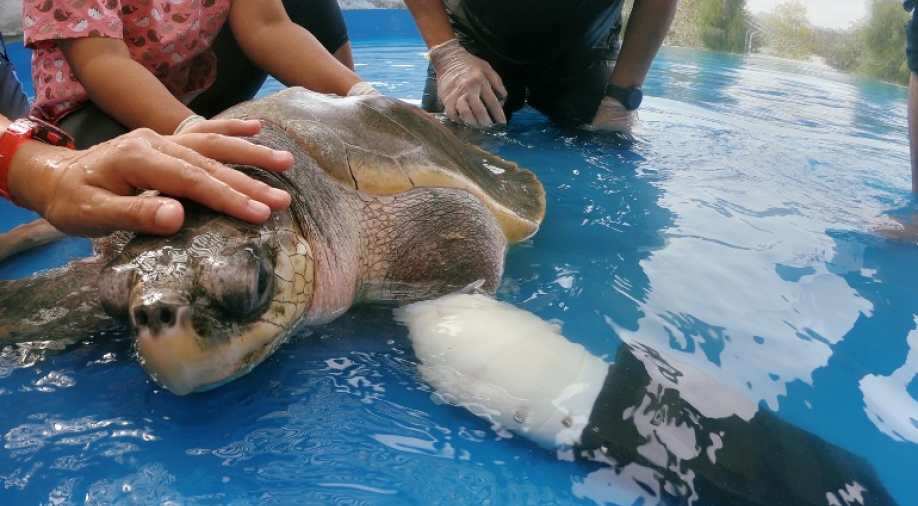 Goody was entangled in a fishing net years ago which made her immobile. She lost her flipper in the accident.  Photograph:( Reuters )

The turtle was entangled in a fishing net years ago which made her immobile. She lost her flipper in the accident.

Thai turtle Goody can once again swim with ease again after she received her prosthetic flipper last week.

Goody was entangled in a fishing net years ago which made her immobile. She lost her flipper in the accident. 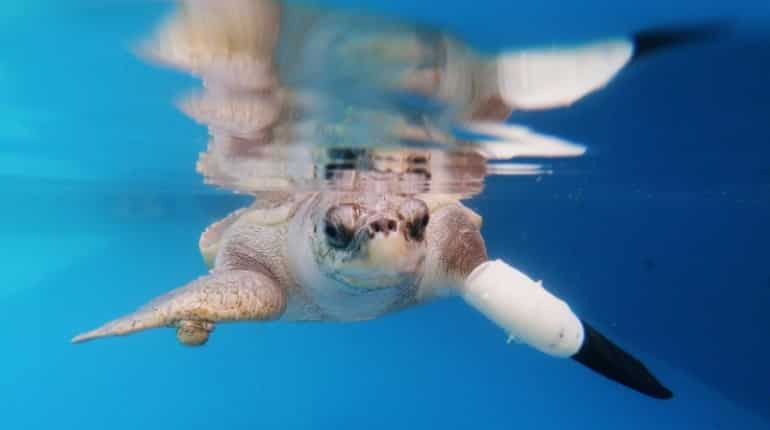 "She's swimming much better and she's learning to use the two flippers to turn. You can see the difference," said Nantarika Chansue, a veterinarian who played a part in developing Goody's prosthetic flipper. 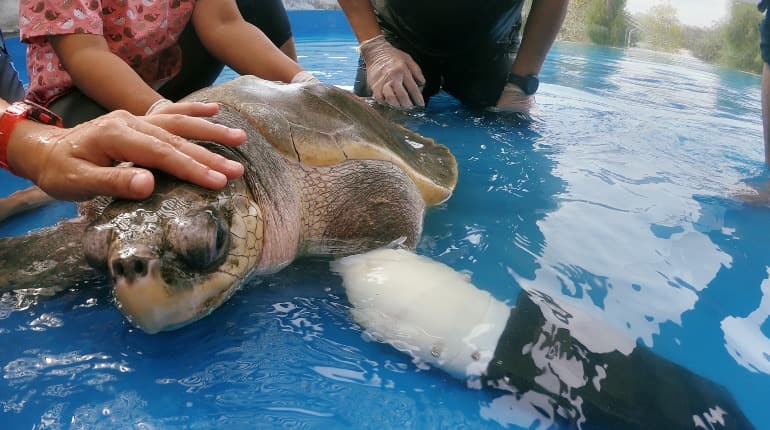 Taking cues from Japan and the United States, over the last year, Thai environment officials and researchers at Chulalongkorn University in Bangkok have also started developing prostheses for injured sea turtles.

Sea turtles often get killed or injured by human activities, majorly by ingesting plastic or getting caught in fishing nets or lines, which even have the potential to stop their blood circulation.

After the accident, Goody was able to swim only with her right flipper in a limited space with other injured turtles.

Another 10 turtles with similiar injuries could also be benefitted from the project.

The veterinarian said that the prosthetics would not help turtles to become fit enough to return to sea, but they aim that turtles' quality of life gets improved.

"We are trying to develop some of the best ones ever created in the world," Nantarika said.