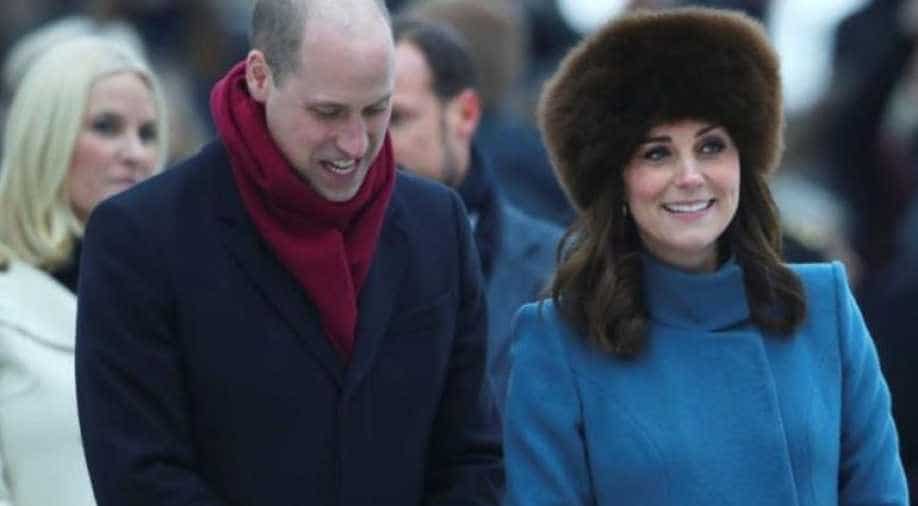 Britain's Prince Willian and Katherine, the Duchess of Cambridge, visit the Princess Ingrid Alexandra Sculpture Park within the Palace Gardens, in Oslo. Photograph:(Reuters)
Follow Us

Britain’s Prince William and his wife Kate flew to Norway on the final leg of a Nordic trip on Thursday, and stepped out onto a red carpet laid out over a blanket of snow.

They were greeted by the country’s Crown Prince Haakon and Crown Princess Mette-Marit at Oslo’s Gardermoen Airport and went on to meet well-wishers waving Union Jacks in the winter cold.

William and Kate - expecting their third child in April - toured a children’s sculpture park at the start of their two-day trip and were due to visit the Ski Museum, dedicated to Norway’s national sport.

They were also expected to meet students to discuss mental health - an issue that William and his brother Harry have campaigned on in the past.

Prince William, second-in-line to the throne, is also a relative of Norway’s King Harald, as both descend from Britain’s Queen Victoria.

Britain is Norway’s largest export market through its purchases of natural gas.