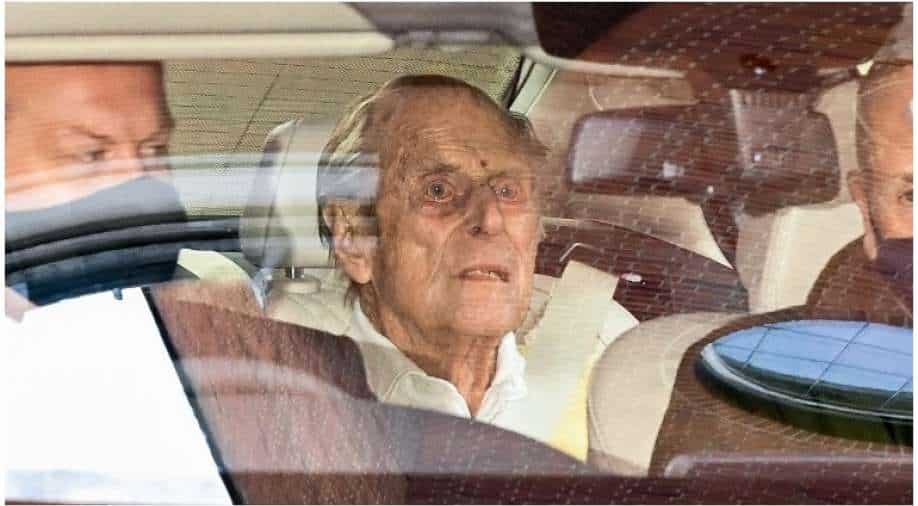 His month-long stay at King Edward VII's Hospital and the state-run St Bartholomew's, also in London, is his longest stint in hospital

The 99-year-old Duke of Edinburgh was seen leaving King Edward VII's Hospital in a BMW car.

Confirming the discharge from the hospital Buckingham Palace said Prince Philip had returned to Windsor Castle in west of London.

Royal aides said he had been treated for an unspecified infection and had "a successful procedure for a pre-existing condition".

"His Royal Highness wishes to thank all the medical staff who looked after him at both King Edward VII's Hospital and St Bartholomew’s Hospital, and everyone who has sent their good wishes," a statement from the palace read.

The prince is understood to be in good spirits.

Prince Philip's month-long stay at King Edward VII's Hospital and the state-run St Bartholomew's, also in London, is his longest stint in hospital.

He was transferred to St Bartholomew's for a heart procedure before returning to private hospital. He was first admitted to hospital on February 16 after advice from his doctor.

Buckingham Palace said initially that he was expected to stay there for a "few days" but stressed his illness was not related to Covid-19.

Later, the palace said he was being treated for an infection, without specifying further.

IN 2011, Prince Philip was treated for blocked coronary artery and had a stent fitted.

Concerns for Philip's health had been high because of his age -- he turns 100 in June -- and came amid the build-up to an explosive interview given by Prince Harry and his wife Meghan Markle, in which she accused the royal family of racism.