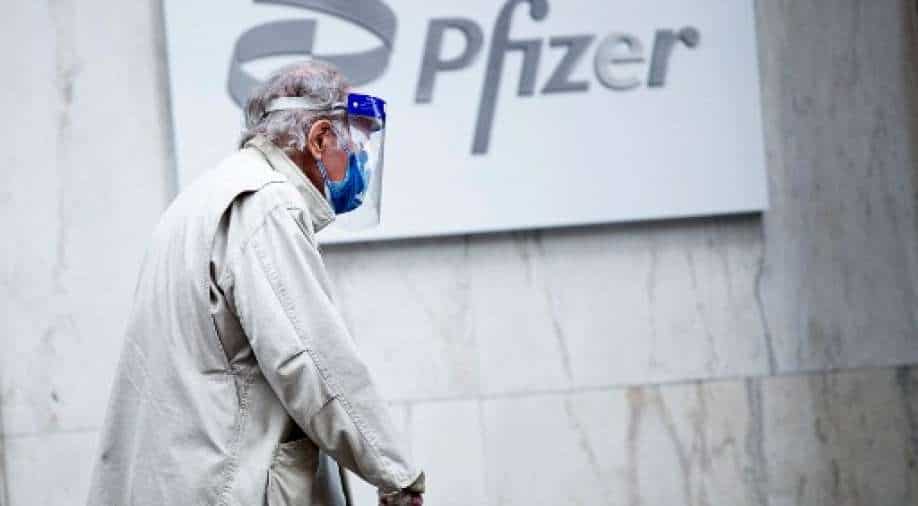 The Biden administration has privately urged both Pfizer and Moderna to enter into joint ventures where they would license their technology to contract manufacturers with the aim of providing vaccines to low- and middle-income countries, according to a senior administration official

As President Joe Biden convenes heads of state for a COVID-19 summit on Wednesday, pressure is growing on American drug companies — particularly Moderna, the upstart biotech firm that developed its coronavirus vaccine with billions of dollars in taxpayer money — to share their formulas with manufacturers in nations that desperately need more shots.

Last year’s successful race to develop vaccines in extraordinarily short order put companies like Moderna and Pfizer in a highly favourable spotlight. But now, with less than 10% of those in many poor nations fully vaccinated and a dearth of doses contributing to millions of deaths, health officials in the United States and abroad are pressing the companies to do more to address the global shortage.

The Biden administration has privately urged both Pfizer and Moderna to enter into joint ventures where they would license their technology to contract manufacturers with the aim of providing vaccines to low- and middle-income countries, according to a senior administration official.

Those talks led to an agreement with Pfizer, announced on Wednesday, to sell the United States an additional 500 million doses of its vaccine at a not-for-profit price — rather than license its technology — to donate overseas.

The discussions with Moderna have not been fruitful, said the official, who expressed deep frustration with the company but requested anonymity to discuss sensitive information.

A coalition of major drug and vaccine manufacturers in developing countries around the world is drafting an appeal to Biden asking him to press the companies more aggressively to share the formulations and processes used to make their vaccines.

The World Health Organization has also had trouble getting Moderna to the negotiating table, according to Dr Martin Friede, a WHO official, and Charles Gore, who runs a United Nations-backed nonprofit organization, Medicines Patent Pool. Both are working with a WHO-backed technology transfer hub in South Africa to set up to teach manufacturers from developing countries how to make mRNA vaccines, a new type of vaccine technology used by both American companies.

“We would love to get a discussion with Moderna, about a license to their intellectual property. This would make life so much simpler, but for the moment all attempts have resulted in no reply,” Friede said.

At Wednesday’s virtual summit, on the sidelines of the United Nations General Assembly meeting in New York, Biden will convene heads of state, drug company executives, philanthropic groups and nongovernmental organizations to encourage them to work together toward vaccinating 70% of the world’s population by this time next year, according to a draft document the White House sent to the summit participants.

Global health advocates say Moderna has a special obligation to share its technology because its vaccine relies in part on technology developed by the National Institutes of Health, and because the company accepted $2.5 billion from the federal government as part of Operation Warp Speed, the Trump administration’s fast-track vaccine initiative.

A Moderna spokesperson, Colleen Hussey, said in an email message Tuesday night that the company had agreed not to enforce its COVID-related patents and was “willing to license our intellectual property for COVID-19 vaccines to others for the post-pandemic period.”

But advocates say the world needs Moderna’s know-how now — not after the pandemic is over.

While sharing the vaccine “recipe” is a vital first step, it is not in and of itself enough to allow for the swift and efficient setup of new mRNA manufacturing locations, said Alain Alsalhani, a vaccines expert with Doctors Without Borders’ access-to-medicines campaign.

“You need someone to share all the process, because it’s a new technology,” he said. “One of the problems we have is that the scientific literature about industrial-scale manufacturing of mRNA vaccines is so slim. This is why it’s not just about a recipe, it’s about an active and full tech transfer.”

Pfizer, in an emailed statement, noted that it and its partner, BioNTech, had signed a letter of intent, announced last month, with the South African biopharmaceutical company Biovac, which is part of the South African hub, to manufacture Pfizer’s vaccine for African nations. But Biovac will only bottle the vaccine, which does not necessitate sharing the formula. The actual “drug substance” will be made in Europe.

Some pharmaceutical executives have suggested the South African hub may not be ready to manufacture vaccines. But a recent site visit by WHO officials found that both Afrigen, the hub’s teaching facility, and Biovac are both “fit for purpose,” according to a summary of the visit, obtained by The New York Times. The summary said Afrigen’s team is “competent and experienced” and has developed a plan for a “robust mRNA vaccine production process, which will be transferred to Biovac.”

In the absence of voluntary cooperation from the companies, some legal experts and global health advocates say the Biden administration could attempt to force them to share their intellectual property, using the powers of the Defense Production Act, a 1950 law that gives the president broad power over American companies in emergency situations.

Lawrence O. Gostin, a public health law expert at Georgetown University, said Biden could declare the pandemic a national security threat, which would enable him to “require companies to sign technology transfer contracts in exchange for reasonable compensation,” from either the federal government or manufacturing partners.

“Moderna accepted substantial federal funding under Operation Warp Speed and both Pfizer and Moderna benefited from NIH dollars for the basic research over a decade for mRNA technology,” Gostin said, adding that the companies “hold a special social and ethical responsibility to share that technology for the benefit of the world.”

Biden administration officials say that forcing the companies to act is not as simple as it sounds, and that an effort to compel them to share their technology would invariably lead to a drawn-out legal battle, which would be counterproductive.

Pfizer and Moderna executives have said that the mRNA production process is so complex, and that there are so few people with experience in it available, that setting up new operations in other parts of the world would not be feasible and could not happen quickly enough to be useful. They say that their combined manufacturing will produce more than enough vaccines to meet global need by the middle of next year and that the fastest way to address vaccine inequity would be through distribution of donated doses.

But some pharmaceutical manufacturing experts and drug-access advocates argue that the events of the past 18 months make it clear that manufacturing in developing countries is going to be crucial to ensuring equitable access.

Many of the donated doses bound for use in Africa, for example, were meant to come from the Serum Institute of India. But five months ago, the Indian government blocked the company from exporting any vaccines, ordering that the supply instead be directed to trying to stanch a raging second COVID wave in that country. (India now says it will allow exports to resume next month.)

Moderna and Pfizer have a direct financial interest in keeping their technology to themselves and guarding a competitive advantage not just in the sale of COVID vaccines, which are on track to bring in more than $53 billion in revenue this year, but also other potentially lucrative mRNA vaccines in development, such as one for cancer, HIV and malaria, he said, adding, “They don’t want to stand up a future competitor.”

The coalition of drugmakers in developing countries that is drafting an appeal to Biden plans to ask the U.S. government to pressure companies for several things: a license for the intellectual property, a license for the technology involved in the manufacturing of the vaccines, the provision of items such as cell lines and assistance in acquiring vital but scarce equipment.

In exchange for sharing its process, Moderna would be compensated with a licensing fee, a percentage of each dose sold.

Even without Moderna’s cooperation, WHO says its tech transfer hub in South Africa will focus on trying to replicate as closely as possible the Moderna formula, as the gold standard against which to compare candidates from other biotechnology companies, and then teach any manufacturer who wants to make it how to do so at scale.

“If we had Moderna or BioNTech with us, we could get to an approved vaccine in 18 months, but without them we have to go through full development — so it’s 36 months if everything goes perfectly, but it could be longer,” said Friede, who heads the WHO’s Initiative for Vaccine Research.

Pfizer and Moderna are at a pivotal moment where they can decide what role they want to play in the process, he said. “I’ve made many successful vaccines; with me I have other people who have made successful vaccines,” he said. “What we are actually saying is: ‘We’re going to do this. So you can come in and try and maintain some control by actually producing vaccines locally, or we’re going to do it without you. And then you’ve lost control’.”