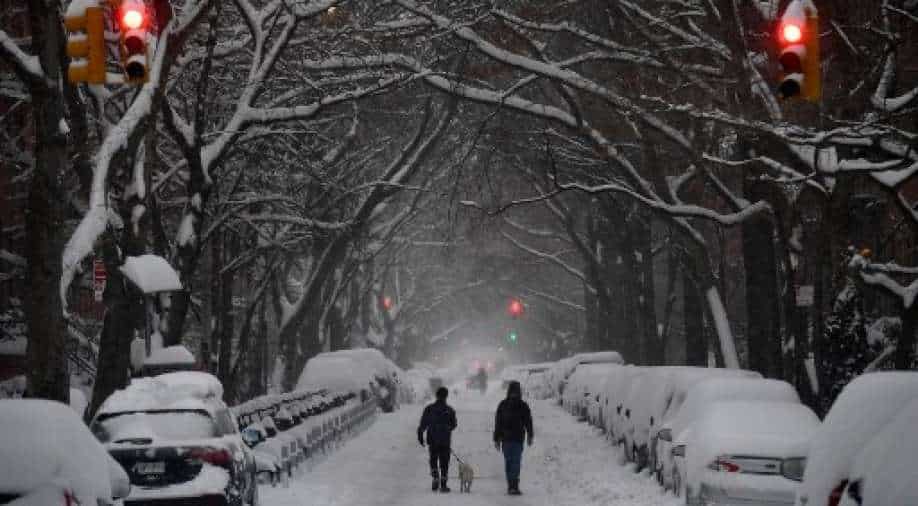 Several COVID-19 vaccination sites and testing locations were forced to shutter due to the blazing snow as all six vaccine mega sites in New Jersey were closed on Monday.

The US east coast was hit by a powerful winter snowstorm as New York City and other urban centres in America woke up to a heavy blanket of snowstorm on Monday.

The heavy snowfall and strong winds battered New York as COVID-19 vaccination sites were forced to shut and vaccination was suspended at New York public hospitals.

Amid the raging the snowstorm, non-essential travel was restricted in New York City on Monday with public transport suspended in New Jersey.

Several COVID-19 vaccination sites and testing locations were forced to shutter on Monday due to the blazing snow as all six vaccine mega sites in New Jersey was closed on Monday.

The United States is the worst-hit country due to the virus with over 26 million cases and 443,100 fatalities so far.

The New Jersey governor had declared a state of emergency on Sunday, suspending public transport service for the entire day on Monday.