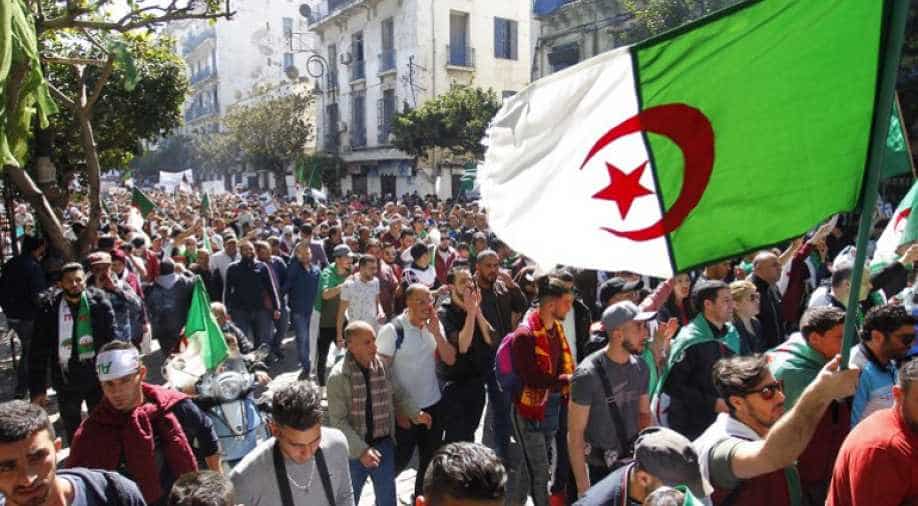 The statement from the National Rally for Democracy (RND), a member of the ruling coalition, came a day after the military - Algeria`s traditional kingmakers - said Bouteflika should be declared unfit for office.

An influential Algerian party on Wednesday backed the army`s call for President Abdel Aziz Bouteflika to go in a managed exit plan that was quickly rejected by protesters demanding the overthrow of the entire political elite.

The statement from the National Rally for Democracy (RND), a member of the ruling coalition, came a day after the military - Algeria`s traditional kingmakers - said Bouteflika should be declared unfit for office.

The announcements by two pillars of the establishment were a clear signal that the 82-year-old president - who has rarely appeared in public since suffering a stroke in 2013 - has little to no chance of staying in power in the North African country, an oil and gas producer.

But the leaders of five weeks of mass protests fuelled by anger over alleged corruption, nepotism and economic mismanagement said the plan still did not go far enough.

"Protests will continue... Algerians` demands include a change of the political system," Mustapha Bouchachi, a lawyer and activist, told Reuters.

"The implementation of Article 102 (the part of the constitution that covers declaring a president unfit for office) means that the symbols of the system will oversee the transition period and organise presidential elections," he said.

Protesters have repeatedly said they would reject any orchestrated succession or military interference in politics and want a transition which will lead to a government by consensus.

The army`s powerful chief of staff, Lieutenant General Ahmed Gaed Salah, told officers in a speech broadcast on Tuesday, that the solution to the biggest political crisis since the army cancelled elections in 1992 would be the exit of the president on health grounds.

Salah called on the country`s constitutional council to rule whether the president was fit for office. Such a ruling would have to be ratified by members of parliament`s lower and upper house by a two-thirds majority.

While the military has praised protesters, it remains highly sensitive to any signs of instability and Salah has warned he will not allow the demonstrations to lead to chaos.

Any outright military rejection of demands for a democratic transition could lead to a confrontation with the crowds.

"Is there a risk of radicalisation or confrontation if demonstrators reject the army approach? This is a hypothesis that can not be totally excluded," said Louisa Dris, professor of political science at Algiers University.

The last time the army directly stepped in during a crisis was in 1992, when the generals cancelled an election that Islamists were poised to win. That move triggered a civil war that killed an estimated 200,000 people.

The stakes are high - Algeria is a leading member of OPEC and a top gas supplier to Europe, though so far oil and gas output appears unaffected by the unrest, an International Energy Agency (IEA) official said on Tuesday.

Algeria is also regarded by Western states as a partner in counter-terrorism, a significant military force in North Africa and a key diplomatic player in efforts to resolve crises in neighbouring Mali and Libya.

For years, rumours have swirled about potential successors, but no single credible candidate has emerged with the backing of the military, the political and security establishment who is not at least 70.

Based on the constitution`s Article 102, the chairman of parliament`s upper house, Abdelkader Bensalah, would serve as caretaker president for at least 45 days after Bouteflika`s departure. 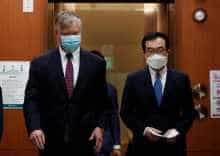