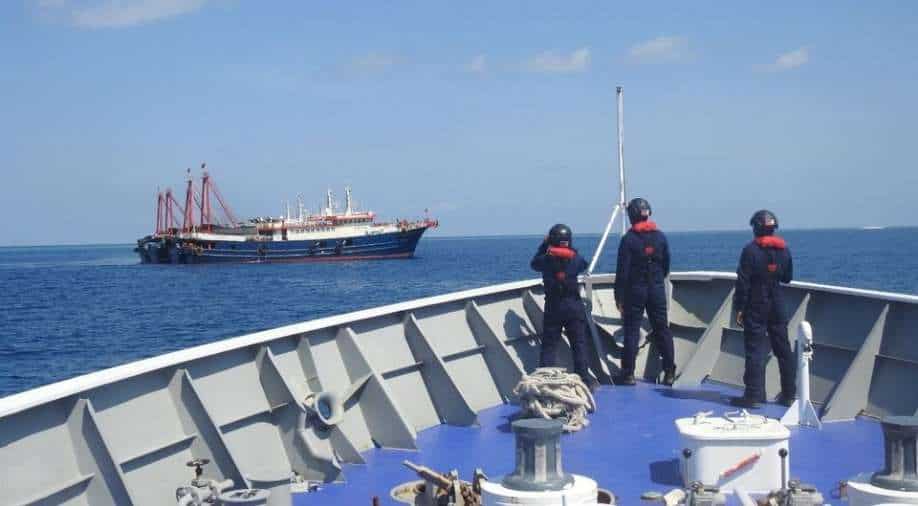 The Philippines does not recognise China's annual fishing ban that covers the West Philippine Sea, the country's national security adviser said on Wednesday.

"This fishing ban does not apply to our fishermen," the Philippines' South China Sea task force said in a statement late on Tuesday.

"Our fisherfolk are encouraged to go out and fish in our waters."

The fishing moratorium imposed by China since 1999 runs from May 1 to Aug. 16 and covers areas of the South China Sea as well as other waters off China.

The task force opposed China's imposition of the ban over the areas within the territory and jurisdiction of the Philippines, adding "our fisherfolk are encouraged to go out and fish in our waters in the WPS (West Philippine Sea)"

The Chinese embassy in Manila did not immediately respond to a request for comment.

Manila, which refers to an area as the West Philippine Sea, has for years been embroiled in a dispute over Beijing's sweeping claims of sovereignty over the South China Sea.

An international tribunal in 2016 invalidated China's claims, but China has rejected the ruling.

Tensions between the two countries have recently escalated after Manila accused China of territorial incursions by hundreds of its vessels in the resource-rich waterway.

The Philippines has filed diplomatic protests against China over what it calls the "illegal" presence of the Chinese vessels, which it says are manned by militia.

Chinese diplomats have said the boats were just sheltering from rough seas and no militia were aboard.

The Philippines' South China Sea taskforce said it spotted seven "Chinese Maritime Militia" at the Sabina shoal in the disputed Spratly archipelago on April 27, which dispersed after being challenged by the Philippine coast guard.

Five returned two days later but left after the Philippine coast guard arrived, it said. Sabina shoal is around 130 nautical miles from the western Philippine island of Palawan.

"The Philippines is not deterred from defending our national interest, patrimony, and our dignity as a people with all that we have," the task force said.