Philippines police killings may amount to 'crimes against humanity': Amnesty 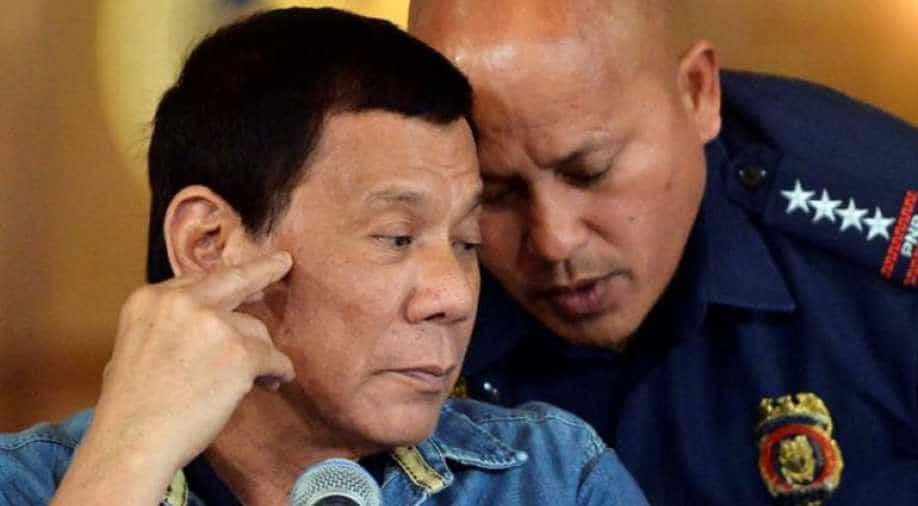 It also said police were being paid by their superiors to kill, and documented victims as young as eight years old. Photograph:( Reuters )

Philippine police may have committed crimes against humanity by killing thousands of alleged drug offenders or paying others to murder as part of President Rodrigo Duterte's drug war, Amnesty International said on Wednesday.

An Amnesty report, which followed an in-depth investigation into the drug war, also outlined what it said were other widespread police crimes aside from extrajudicial killings that mainly targeted the poor.

"Acting on orders from the very top, policemen and unknown killers have been targeting anybody remotely suspected of using of selling drugs," Rawya Rageh, a senior crisis adviser for Amnesty, told AFP. "Our investigation shows that this wave of extrajudicial killings has been widespread, deliberate and systematic, and therefore may amount to crimes against humanity."

Among a litany of alleged crimes, Amnesty accused police of fatally shooting defenceless people, fabricating evidence, paying assassins to murder drug addicts and stealing from those they killed or the victims' relatives.

It also said police were being paid by their superiors to kill, and documented victims as young as eight years old.

"The police are behaving like the criminal underworld that they are supposed to be enforcing the law against," the report said.

Duterte won presidential elections last year after promising during the campaign to eradicate drugs in society within six months by killing tens of thousands of people.

On one occasion Duterte vowed that 100,000 people would be killed and so many bodies would be dumped in Manila Bay that the fish there would grow fat from feeding on them.

Duterte launched his crackdown immediately upon taking office seven months ago. Since then, police have reported killing 2,555 people while nearly 4,000 others have died in unexplained circumstances, according to official figures.

As president, Duterte has repeatedly urged police to kill drug users as well as traffickers.

Duterte said in December he had personally killed people when he was mayor of a southern city to set an example for police. Three months earlier he said he would be "happy to slaughter" three million drug addicts, and likened his campaign to Nazi leader Adolf Hitler's efforts to exterminate Jews in Europe.

The Amnesty report said Duterte had incited the police to carry out a murderous war on the poor, and warned that the International Criminal Court would need to start investigating unless Philippine authorities did not stop it soon.

"The police killings are driven by pressures from the top, including an order to 'neutralise' alleged drug offenders, as well as financial incentives. They have created an informal economy of death," the report said. Amnesty said it investigated the deaths of 59 people, and found the majority of them were extrajudicial killings.

'I will surrender, sir'

In a number of cases witnesses to killings or victims' relatives told Amnesty that the person shot dead was unarmed and had not resisted arrest. Police also planted drugs and weapons that they later "seised" as evidence, Amnesty said.

Rondina then knelt and raised his arms behind his head but police then shot him dead, Amnesty said, citing the witness.

When family members were allowed into the house six hours after Gener was shot, valuables including a laptop, watch and money were missing, according to Amnesty.

Police alleged Rondina had a gun and they acted in self defence, and the method of killing as well as the justification was typical of the drug war, Amnesty said.

Amnesty also warned that the lists of drug suspects that police were using to target people were deeply flawed. This was partly because many people were placed on the lists simply after being reported by fellow community members, without any further investigation, according to Amnesty.

Duterte had until this week been unrepentant in response to criticism of his drug war and the police, insisting he was acting within the law but that extreme measures must be taken to stop the Philippines from becoming a narco state.

After a series of scandals emerged over the past month in which police were caught committing murder, kidnapping, extortion and robbery, Duterte this week ordered them to stop all activities related to the drug war.

He described the police force as "corrupt to the core" and vowed to cleanse it. But he also vowed the drug war would continue until the last day of his term, in 2022. He said police would return to the drug war after he reorganised the force and, in the meantime, the military would become more involved.