Petrol pumps shut down in protest-hit Lebanon over dollar shortage 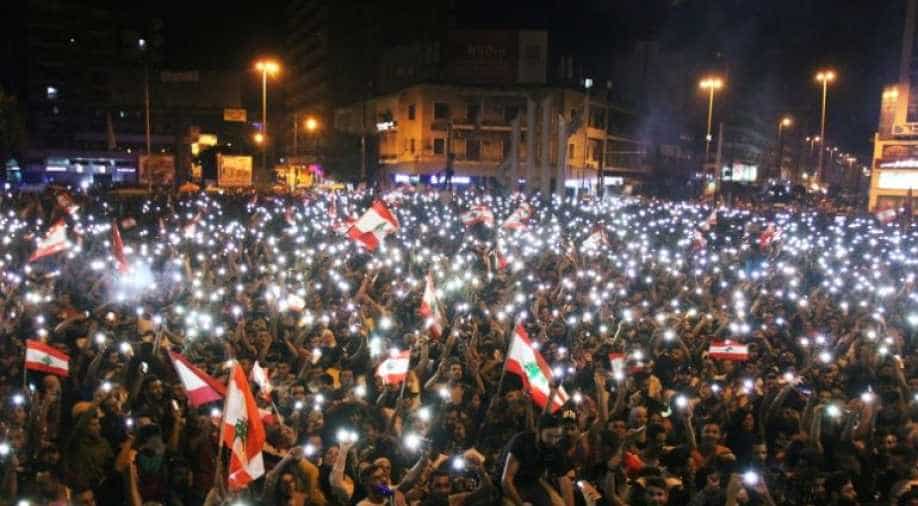 Several petrol stations in protest-hit Lebanon stopped services Saturday, as reserves ran dry due to a shortage of US dollars to pay suppliers, a syndicate head said.

The shuttering of petrol stations came as demonstrators again took to the street across the country, keeping up their three-week-long movement against a political class regarded as inefficient and corrupt.

"The petrol stations that opened today are the ones that still have reserves. They will close down as soon as supply runs out," said Sami Brax, the head of the Syndicate of Gas Station Owners.

He said if officials do not facilitate access to dollars by Tuesday, "we will be forced to stop imports and close down all petrol stations."

Petrol stations receive payment from customers in Lebanese pounds but have to pay importers and suppliers in dollars.

For two decades, the Lebanese pound has been pegged to the US dollar, with both currencies used interchangeably in daily life.

But banks have been reducing access to dollars since the end of the summer, following fears of a shortage in central bank dollar reserves.

Many Lebanese have had to instead buy dollars from money changers at a higher exchange rate, in what amounts to a de-facto devaluation of the local currency that has sparked price hikes.

The official exchange rate has remained fixed at 1,507 Lebanese pounds to the dollar, but the rate in the parallel market has surpassed 1,800.

"The banks are under pressure from people, both inside Lebanon and abroad," said economist Naseeb Ghabreel, after many rushed to withdraw their dollar savings or convert Lebanese pound accounts.

Since September, petrol station owners have accused banks of failing to provide them with the dollars they need and threatened strikes.

In response, the central bank last month pledged to facilitate access to the greenback for importers of petroleum products, wheat and medicine.

But the measure has not yet gone into effect.

Lebanon has since October 17 witnessed an unprecedented popular uprising against everything from power cuts and poor social security to alleged state corruption.

The government yielded to popular pressure and stepped down last month, with the World Bank urging for the quick formation of a new cabinet to prevent the economy from further deteriorating.