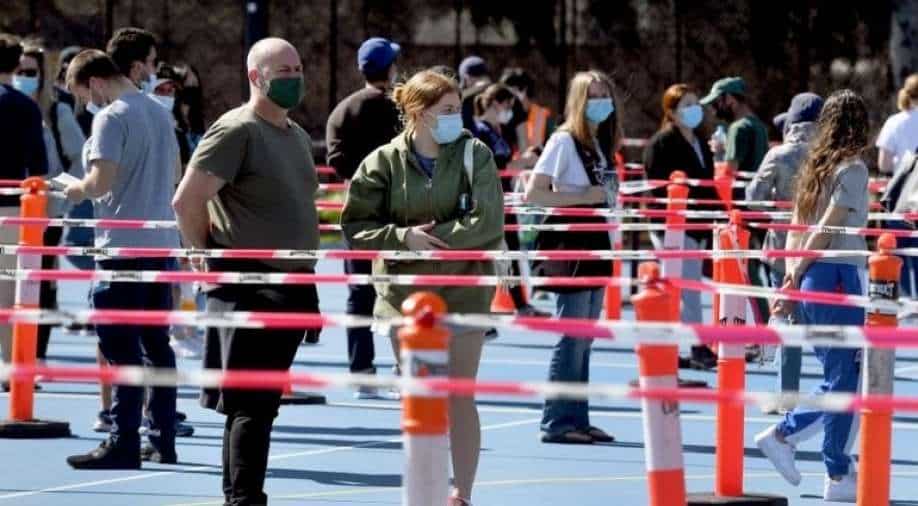 The Australian Medical Association (AMA) has said that even with a higher vaccination rate, the country's hospitals are not ready to cope with the government's reopening plans

Doctors in Australia have cautioned the government against easing of curbs on novel coronavirus saying that the health system may ''capsize.''

The Australian Medical Association (AMA) has called for new modelling to check if staffing levels in hospitals can withstand an expected surge in cases when lockdown rules ease.

It has said that even with a higher vaccination rate, the country's hospitals are not ready to cope with the government's reopening plans.

Warning that the health system was in danger of being locked into a "permanent cycle of crisis," AMA Vice President Chris Moy said that "If you have opened up and you haven't looked at the safety nets or the life rafts that we've got, we might end up actually trying to push more people on the life rafts and capsizing them."

Authorities have now agreed on a roadmap to reopen the country when it hits vaccination targets of 70 and 80 per cent, likely later this year itself as per its unveiled a four-stage plan unveiled in July.

However, so far only about 36 per cent of people above 16 have been fully vaccinated, well below most comparable countries.

A disagreement between state government leaders over the approach could further derail efforts, with concerns some could block the nationwide removal of restrictions.

Virus-free Queensland and Western Australia have said they may not stick to the reopening plans as the agreement was finalised when cases in New South Wales were much lower.

New infections are hovering around record numbers, with the state recording over 1,000 cases a day for the past five days.

Soaring cases forced Victoria on Wednesday to join New South Wales in abandoning a COVID-zero target as both states now see vaccinations as a pathway to freedom after failing to quell an outbreak of the Delta variant even after a weeks-long lockdown.

Australia has largely lived in COVID-zero for much of the pandemic, recording just 1,012 deaths in total and just over 55,000 cases. But a slow vaccination rollout has left it vulnerable to more infections and hospitalisations.