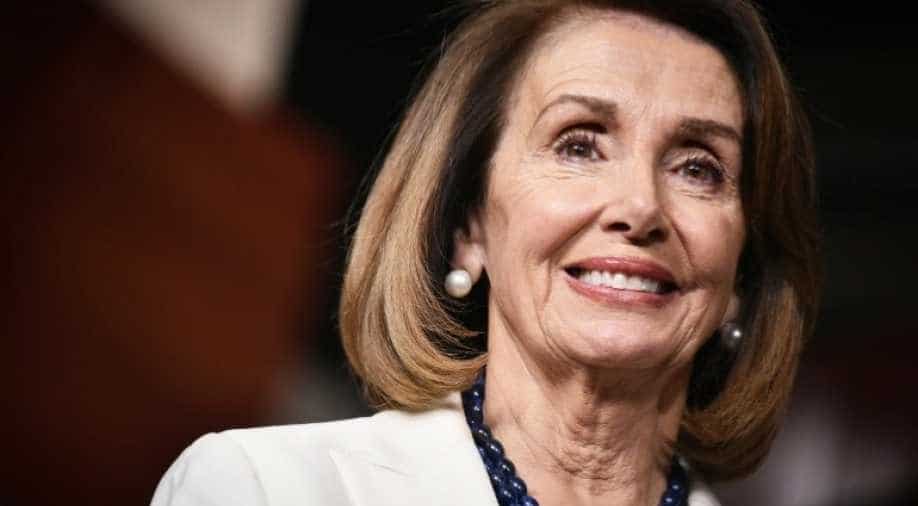 Pelosi said the new Democratic-led house, which followed last November's mid-term elections, was helping assert itself in line with the constitution.

House Speaker Nancy Pelosi sought Tuesday to reassure Europeans that there is broad-based and long-term US support for the transatlantic alliance despite President Donald Trump's harsh criticism.

In an implicit message, the Republican president is not omnipotent, the most powerful Democrat said she and fellow visiting congressmen were asserting the role of their legislative branch as co-equal to the executive.

The congressmen are "reaffirming our commitment to the transatlantic alliance, our commitment to NATO, our respect for the European Union and our ability and desire for us all to work together to strengthen our alliance," Pelosi told a press conference in Brussels.

The congressmen spent Monday and Tuesday in Brussels, headquarters of NATO and the European Union, where they attended a meeting of members of parliament from NATO nations as well as talks with EU officials.

Before Belgium, Pelosi had been in Germany as part of a larger group of Democratic and Republican lawmakers who attended the Munich Security Conference to support the transatlantic alliance.

Pelosi said the new Democratic-led house, which followed last November's mid-term elections, was helping assert itself in line with the constitution.

"We have Article 1, the legislative branch, the first branch of government, co-equal to the other branches and we have asserted ourselves in that way," Pelosi said.

With Democrats in control of the House, she said, the Republican minority came into line behind the NATO Support Act, which she said passed by an overwhelming 357 votes to 22.

Mogherini's office said the US and EU sides "confirmed the crucial importance of maintaining a strong transatlantic partnership."

It said this would happen through "continued cooperation and dialogue" in areas like trade, climate change and human rights.

Both Mogherini and Pelosi "confirmed the importance of safeguarding multilateralism and the international rules-based order in promoting democratic values," Mogherini's office said.

Washington's European allies in NATO remain on edge since Trump, during a summit in July, reportedly threatened to "go it alone" unless they boosted defence spending.

Trump's "America First" approach to trade, including tariffs on metals and threats of tariffs on autos, has also worried Europeans he will abandon the alliance.