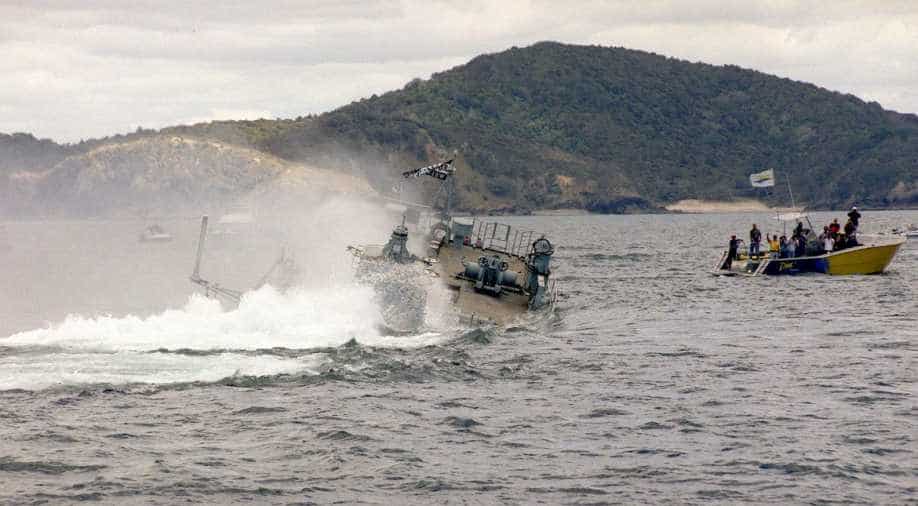 A passenger ship carrying more than 60 passengers, including women and children, sank while sailing to Socotra island in the Indian Ocean from Hadramout province in mainland Yemen, shipping sources said on Wednesday.

They said rescue teams had managed to pull at least five passengers from the vessel, which was sailing from the Hadramout provincial capital, Mukalla, when it sank northwest of Socotra with 64 people on board. The fate of the rest of the passengers, or what caused the ship to sink, was not known.

The Yemeni fisheries minister, Fahad Kaffen, appealed to the Saudi-led Arab alliance, which maintains a naval presence in the area, to help with search and rescue efforts.

Socotra and Hadramout province are under the control of the Yemeni government of President Abd-Rabbu Mansour Hadi, which is locked in a war with Iran-aligned Houthis who control most of northern Yemen.

The Aden al-Ghad news website quoted a source in the coast guard as saying they had received a notice from authorities in Hadramout on Tuesday night saying contact with the ship had been lost several hours after it sailed from Mukalla.

The website said the ship was believed to have suffered some kind of accident and that the fate of the passengers was still not clear.