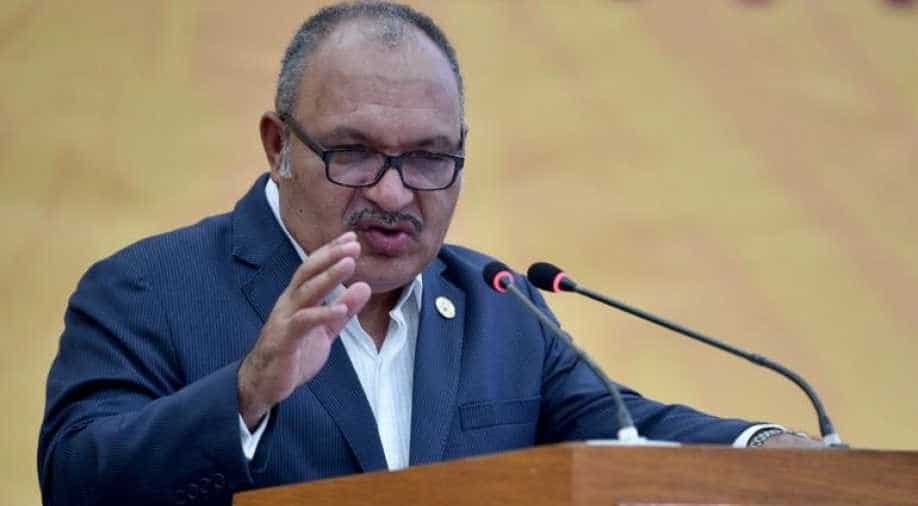 O'Neill told media in Port Moresby that he had handed over leadership of the Pacific nation to Sir Julius Chan.

O'Neill told media in Port Moresby that he had handed over leadership of the Pacific nation to Sir Julius Chan.

O’Neill had resisted calls to resign for weeks but stepped down on Sunday, saying recent movements in Parliament showed a "need for change", ABC News reported.

Opponents of O'Neill said on Friday they had mustered enough support in parliament to oust him over a range of grievances including a gas deal with France's Total TOTF.PA, which critics have questioned.

Political instability is something of a fixture in the resource-rich but poverty-stricken South Pacific nation and O'Neill, who has been leader since 2011, has seen off previous attempts to topple him.

Defections from the ruling coalition have been going on for weeks, and on Friday at least nine members switched sides, according to two ministers who were among them.

O'Neill's opponents needed to rally 62 members of PNG's 111-seat parliament to vote him out.

Opposition politicians said on Friday they would push for investigations in Australia and Switzerland into an A$1.2 billion ($830.76 million) loan arranged by finance group UBS if there was a change of government, the Australian Financial Review reported.

A report by the Ombudsman Commission of PNG into the 2014 deal that allowed the South Pacific nation to borrow from UBS to buy a 10 per cent stake in Australian Stock Exchange-listed energy firm Oil Search is scheduled to be tabled in PNG's parliament next week.

Oil Search, in turn, used the money to buy into the Elk-Antelope gas field being developed by France's Total.

PNG is estimated to have lost 1 billion kina ($287.00 million) on the deal after being forced to sell the shares when the price fell in 2017.