Palestinians happy as Trump delays moving US embassy to Jerusalem 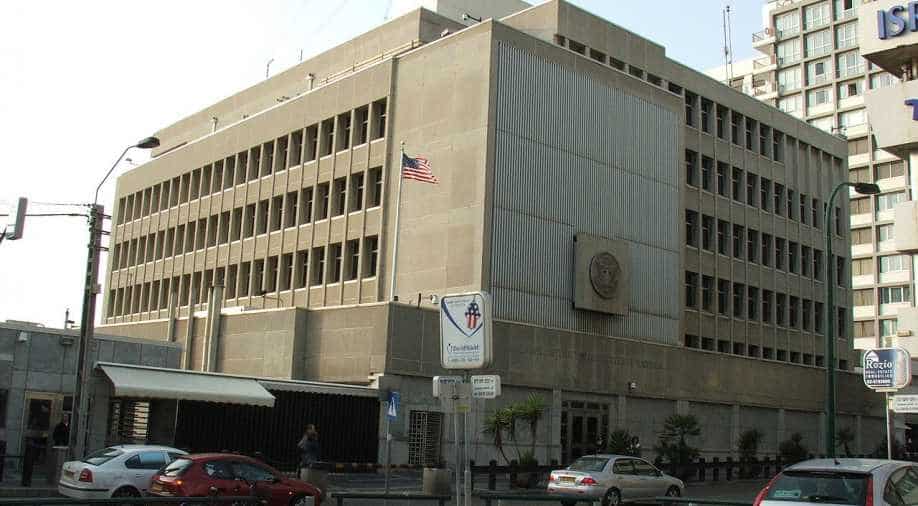 On the campaign trail, Donald Trump repeatedly pledged that he would shift the embassy from Tel Aviv to the city claimed as capital by both Israel and its Palestinian neighbors. Photograph:( AFP )

President Donald Trump postponed moving the US embassy in Israel to Jerusalem on Thursday, avoiding a provocative step as he tries to revive the Israeli-Palestinian peace process.

Israeli Prime Minister Benjamin Netanyahu, who welcomed Trump to the city last week, expressed disappointment at the delay but made it clear he still values Trump's support.

And the Palestinian leadership were relieved by a decision that they said "gives peace a chance."

On the campaign trail Trump repeatedly pledged that he would shift the embassy from Tel Aviv to the city claimed as capital by both Israel and its Palestinian neighbors and he appointed a US ambassador who shares this goal.

But since coming to office in January, Trump has met with both Israeli and Palestinian leaders in Washington and in a visit to the region last week and has committed himself to seeking a long-elusive final peace deal between them.

Congress passed a law in 1995 making it US policy to move the embassy to Jerusalem, symbolically endorsing Israel's claim on the city as its capital.

But the law contained a clause that has allowed each president since to issue and renew a six-month waiver on carrying out the move.

On Thursday, the waiver came up for renewal for the first time on Trump's watch, and he followed the example of Bill Clinton, George W. Bush and Barack Obama before him in instructing his secretary of state to hold off on the move.

"No one should consider this step to be in any way a retreat from the president's strong support for Israel and for the United States-Israel alliance," the White House said, in a written statement.

"President Trump made this decision to maximize the chances of successfully negotiating a deal between Israel and the Palestinians, fulfilling his solemn obligation to defend America's national security interests," it explained.

"But, as he has repeatedly stated his intention to move the embassy, the question is not if that move happens, but only when."

"Maintaining embassies outside the capital drives peace further away by helping keep alive the Palestinian fantasy that the Jewish people and the Jewish state have no connection to Jerusalem," a statement said.

"Though Israel is disappointed that the embassy will not move at this time, we appreciate today's expression of President Trump's friendship to Israel and his commitment to moving the embassy in the future."

"This is in line with the long-held US policy and the international consensus and it gives peace a chance,"  he said.

"We are ready to start the consultation process with the US administration. We are serious and genuine about achieving a just and lasting peace."

A US official speaking on condition of anonymity stressed to AFP that "it's a question of when, not if," and added that "he doesn't think the timing is right, right now."

"In timing such a move he will seek to maximize the chances of successfully negotiating a deal between Israel and the Palestinians," he said.

Trump's closest advisors are reported to be divided about the wisdom of quickly making good on the pledge, a move that would delight many Israelis but dismay Palestinians and raise concerns among Israel's Arab neighbors.

White House strategy chief Steve Bannon supports the move, but Secretary of State Rex Tillerson is less keen and has said Trump is "being very careful to understand how such a decision would impact the peace process."

In Washington, pro-Israel lobby groups are also divided on the policy.

Progressive group J Street, which favors a two-state peace deal with the Palestinians, welcomed the delay to a move that could imperil efforts to find a deal on the status of the city negotiated between Israelis and Palestinians.

"American governments have avoided and objected to actions that could be interpreted as prejudging the outcome of those negotiations," the group argued.

But the biggest pro-Israeli group in the US capital, AIPAC, expressed concern.

"We are disappointed that the president has not yet followed through on his pledge to move the embassy, and we hope that he does so soon," it said.

Jerusalem was divided between Israeli rule in the west and Jordanian in the east until 1967, when Israel was attacked by allied Arab armies.

Israel fought back and its victory left it in control of East Jerusalem. Its government is now based in the city, and settlements have been built around it on occupied land.

Palestinians want East Jerusalem -- including the Old City and its sites holy to Muslims, Jews and Christians -- to become the capital of their eventual state.