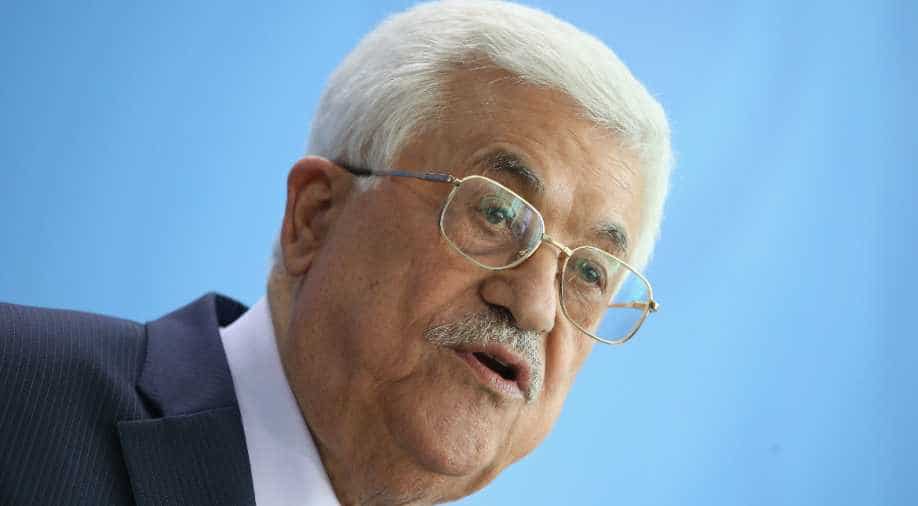 A delegation-level discussion between President Abbas and Prime Minister Modi will be held on May 16. Photograph:( Getty )

Palestinian President Mahmoud Abbas arrived in New Delhi on Sunday on a four-day visit during which he will hold extensive talks with Prime Minister Narendra Modi on key bilateral, regional and international issues, including the Middle East peace process.

Ahead of Abbas' visit, India reiterated its "political support" to the Palestinian cause and had said it continued to assist developmental projects there.

The visit will provide an opportunity for reviewing the entire gamut of bilateral relations, the Middle East peace process, and regional and international issues, external affairs ministry said.

Several MoUs on cooperation in various areas are also expected to be signed during the visit, the ministry added.

A delegation-level discussion between President Abbas and Prime Minister Modi will be held on May 16.

"India and Palestine enjoy historically close and friendly ties. Apart from the political support to the Palestinian cause, India continues to support developmental projects in Palestine by extending technical and financial assistance," the ministry had said in a release on Saturday.

The statement assumes significance given that there have been commentaries on the increasing proximity between the Modi government and Israel which may have a bearing on New Delhi's relations with Palestine.

In July, Modi will travel to Israel, the first Indian prime minister to do so.

During his trip to India, Abbas will visit C-DAC (the Centre for Development of Advanced Computing) in Noida tomorrow to forge cooperation between Palestine-India Techno Park, being built by India in Palestine, and the Indian IT industry.