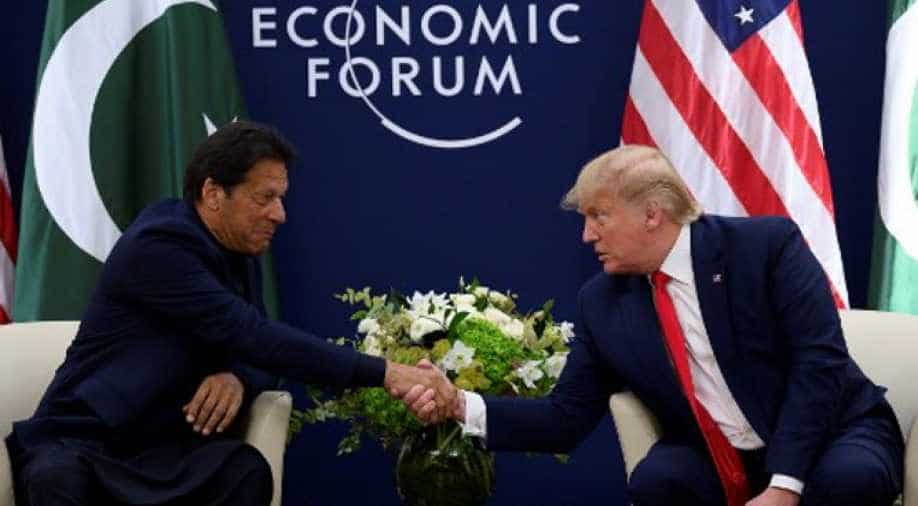 After the meeting with Pak PM Imran Khan, Trump said that America has never been closer to Pakistan before than it is right now.

US President Donald Trump and Pakistan Prime Minister Imran Khan met on the sidelines of the World Economic Forum(WEF) in Davos on Tuesday.

After the meeting with PM Imran Khan, Trump said that America has never been closer to Pakistan before than it is right now.

The issue in Kashmir was raised by Pakistan PM Imran Khan during the meeting even as the US president said that he will try to help the situation between India and Pakistan.

"We are talking about Kashmir and its relation to, what's going on between India and Pakistan that we can help, we certainly would be helping, and we have been watching that and have been following it very very closely," Trump said.

Afghanistan was also a major point of discussion between the two countries. Pakistan PM Imran Khan said that both Pakistan and the United States were on the same page.

"The major concern is Afghanistan between us and fortunately we are on the same page," PM Imran Khan asserted.

The meeting between President Trump and PM Imran Khan is the third leadership-level interaction between the United States and Pakistan leaders since Khan's visit to Washington in July last year.