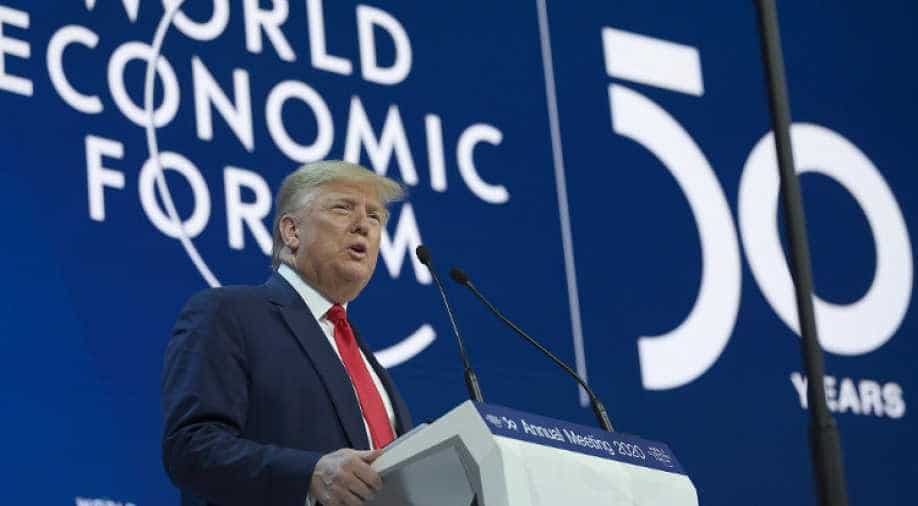 Trump touting the strength of the US economy at the WEF said during his presidency seven million new jobs were created.

US President Donald Trump during a special address at the World Economic Forum(WEF) in Davos said America had regained its stride and rediscovered its spirit.

The US is thriving and flourishing, the US president told the people gathered at the forum, adding,"the environment is very important to me."

"With a booming economy, America is creating jobs," Trump said.

"We are lifting Americans of all races," he asserted while stressing that poverty and unemployment had plummeted in the country.

"Unemployment rate in the US has dipped to a record low," he said.

The president touting the strength of the US economy at the WEF said during his presidency seven million new jobs were created.

"The American dream is much bigger and better now." "The US is not concentrating on putting wealth in a few hands," he said.

"I see tremendous potential for the future," he said. "The US has the cleanest air in the world," the president said.

"The average rate of unemployment for women is the lowest today," he informed, adding,"we are focused on improving the living standards in the US."

"We are building an economy which works for everyone," the US president said.

Trump said tax cuts and reforms in the US was helping to pull people out of poverty. "We have made child care much more affordable," he said.

The US president said his administration was removing "roadblocks to success" while saying that milions of workers in the US were receiving new job training. "The US will join the 1 trillion trees initiative," he said.

The president said that NAFTA was one of the "worst trade deals ever".

The President also warned against listening to "pessimists" and "alarmists" during his speech, "this is the time for optimism," he said while stating that "we will embrace technology, rather than shunning it."