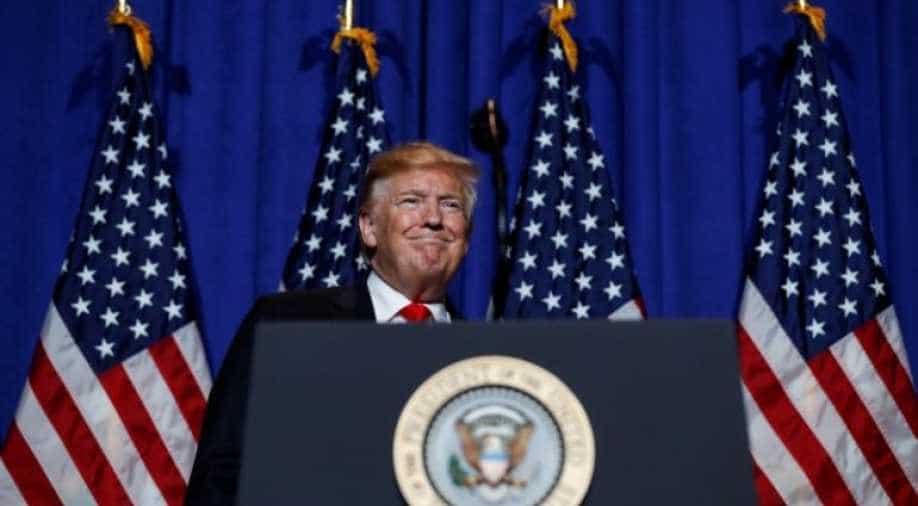 The top Democrat in Congress, Nancy Pelosi -- whose father served as mayor of Baltimore -- accused Trump of a 'racist' attack.

US President Donald Trump was hit with new accusations of racism Saturday after he attacked a prominent African-American lawmaker and branded the majority-black city of Baltimore an "infested mess."

"No human being would want to live there," he said -- in an attack ostensibly provoked by Cummings' criticism of the harsh conditions facing would-be asylum seekers at the Mexican border.

"Rep. Elijah Cummings has been a brutal bully, shouting and screaming at the great men & women of Border Patrol about conditions at the Southern Border, when actually his Baltimore district is FAR WORSE and more dangerous," Trump charged.

The president's morning diatribe ignited a storm of criticism, less than two weeks after the US House of Representatives condemned him for "racist" comments targeting a Somali-born lawmaker.

The top Democrat in Congress, Nancy Pelosi -- whose father served as mayor of Baltimore -- accused Trump of a "racist" attack.

"@RepCummings is a champion in the Congress and the country for civil rights and economic justice, a beloved leader in Baltimore, and deeply valued colleague," Pelosi wrote on Twitter.

"We all reject racist attacks against him and support his steadfast leadership."

The Democratic mayor of Baltimore Bernard "Jack" Young  -- who is black -- rejected Trump's rhetoric as "hurtful and dangerous."

"It's completely unacceptable for the political leader of our country to denigrate a vibrant American City like Baltimore, and to viciously attack US Representative Elijah Cummings," Young wrote in a statement.

Prominent Democratic presidential candidate, Kamala Harris, tweeted that she was "proud" to have her 2020 campaign headquarters in the Cummings district.

"It's disgraceful the president has chosen to start his morning disparaging this great American city," said Harris, one of two leading black candidates in the race to succeed Trump.

Cummings himself tweeted: "Mr President, I go home to my district daily. Each morning, I wake up, and I go and fight for my neighbours. It is my constitutional duty to conduct oversight of the Executive Branch. But it is my moral duty to fight for my constituents."

As chairman of the House Oversight Committee, Cummings -- one of the most prominent African Americans in Congress -- has launched investigations into Trump administration policies, including reports of poor treatment at migrant detention centres.

Trump's attack was reminiscent of his recent, racially-charged criticism of four young Democratic lawmakers, all women of colour, who he suggested should "go back" to the "crime infested" places they came from. In fact, three were born in the US and all four are American citizens.

Baltimore, a historic port city, presents a mixed picture, with both handsome and affluent neighbourhoods and large poverty-stricken districts. It has one of the country's highest murder rates.

Cummings' district is more than 50 per cent black -- and the city of Baltimore as whole more than 60 per cent.