Opinion: 'Year of Doklam' points to a conflicting China-India relation in 2018 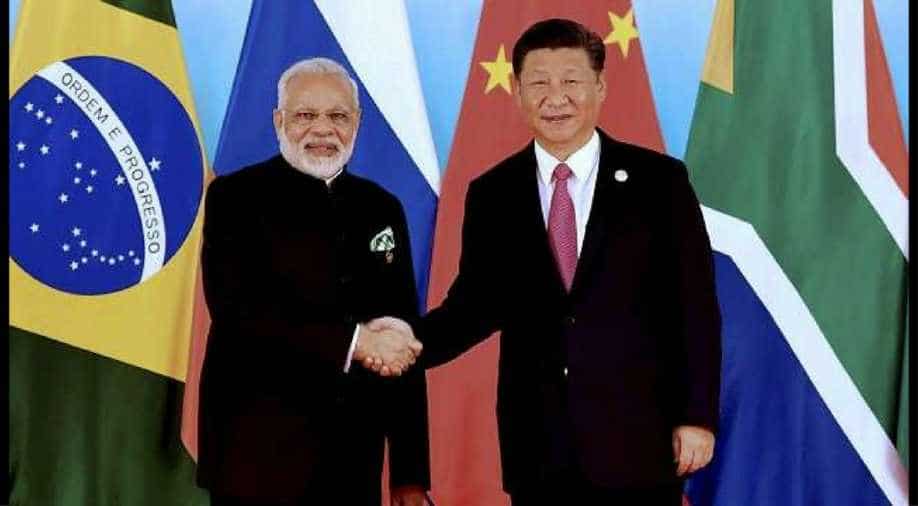 The Xiamen bilateral meeting between Modi and Xi was a much-needed one to restore normalcy in the relationship after the two and a half months long Doklam standoff tension. Photograph:( DNA )

Not many relationships in international politics make headlines like China-India relations often do. The chronicle of the transient year 2017 suggests that China-India relations continued to struggle to thrive, even though this relationship commanded plenty of promises and pledges. Best remembered as the “year of Doklam”, 2017 witnessed Narendra Modi and Xi Jinping pledging a “forward-looking constructive” bilateral relationship.

During the September Xiamen BRICS summit, both the leaders tried to overcome the setback that the relationship has faced in recent times. How will this envisioned “constructive” China-India relationship that aims to have a “forward-looking” spirit unfold in 2018?

Fundamentally speaking, a “forward-looking constructive” relationship would imply that the two countries manage to handle their differences, including the age-old boundary dispute while fostering an engaging economic partnership that will enhance their bilateral and global relationship.

The official media transcript after the Xiamen BRICS summit stated that the established intergovernmental mechanisms between China and India are supposed to play a stronger role to this effect. Their common pledge to scrutinise neoliberal ideas, uphold the structure of a multipolar world order, and reform the global order in favour of the developing world are all indicators of a constructive forward-looking relationship.

The pledge to have a “forward-looking” and “constructive” relationship is, however, not entirely a new proposition. Both sides have used similar phrasing in the past to offer a “political” guidance to their relationship, which is often marred by a range of conflicts – boundary to geopolitics. Indeed, the proposition to have a “constructive” relationship is part and parcel of their “developmental partnership”, which was officially instituted during President Xi Jinping’s visit to India in September 2014.

The core essence of this “developmental partnership” was to guide China-India relations through a stronger economic engagement. The economic engagement has been nurtured under a number of bilateral mechanisms, such as the Joint Economic Group (JEG), Strategic Economic Dialogue and Financial Dialogue to name just a few. These have acted as stabilisers, preventing the relationship from going on a conflict path.

Consequently, bilateral trade, seen often as a ‘stable variable’ in China-India relations, witnessed a steady rise over the last one decade amidst the rising border tensions and mutual mistrust. From a meagre US$10 billion in 2004, the bilateral trade has expanded to reach around $71 billion by 2017.

in the recent past, however, a subtle change is noticed in the pattern of relationship. Bilateral trade and institutional dialogue have become extraneous to a stable bilateral relationship.  In fact, bilateral trade has been constant around $70 billion for last few years without showing much improvement. The trade imbalance between the two sides is expanding, much to China’s favour, creating an increasing discord among the Indian business community.

Additionally, the institutional mechanisms look obsolete to address the rising differences between the two countries. Even frequent leadership meetings have offered little to push ahead their envisioned “developmental partnership”. For example, before their meeting at the Xiamen BRICS summit, Prime Minister Narendra Modi and President Xi Jinping met during the SCO summit in Astana and the G-20 summit in Hamburg in 2017. These meetings, however, could not generate necessary maturity on both sides so as not to engage in an episode like the Doklam stand-off.

Besides, India’s decision not to participate in China’s Belt and Road Initiative (BRI) meeting held in Beijing in May 2017 spiralled their geopolitical differences into the international limelight. The two and a half months’ long Doklam stand-off damaged further the residual goodwill that their relationship had accomplished over the years, making 2017 the defining year for China-India relations.

First, foreign policy passages in both China and India are witnessing constant changes which might point to a more “state-centric” non-accommodative approach towards each other. After the 19th National Congress of the Communist Party of China (CPC), China aims to push ahead it’s national security ambitions, in terms of exploiting resource opportunities, expand the country’s power base, and exhibit China’s leadership both in Asia and beyond.

Xi Jinping sees the next few years as a “period of strategic opportunities” for China and India as a ‘limited Asian power’ only.

On the other hand, New Delhi’s foreign policy, under an “India first” approach,  seeks to engage more with big powers while having a focus on Asia and Asian neighbours. Currently, India’s prime targets are resource exploration and increasing India’s outreach in Asia. This would bring the Chinese and Indian foreign policy into a point of contestation than engagement.

Second, even though the scope and potential of greater China-India economic engagement are bigger today, still the differing approaches in the promotion of a “developmental partnership” would be the main barrier between them. China wants to pursue a more purposeful international economic engagement which will facilitate Chinese economic growth. The induction of the BRI into the revised CPC Constitution at the 19th National Congress points to that. This might create friction in the Sino-Indian relations since India is yet to endorse China’s BRI.

The usual China-India “sister-city” and “sister-province” level engagements have been one of the most promising aspects of their bilateral relationship over the last one decade. But from Beijing’s perspective, the “sister-city” and “sister-province” level engagements are today seen as an integral part of China’s BRI scheme, which India may see as antithetical to its national interest. Besides, it is not clear how China would like to address India’s economic concerns on the rising trade imbalance and would situate it in the overall relationship framework.

Third, China-India differences in the Asia-Pacific region is another new complicated chapter that would not be supportive of their bilateral relations. Beijing seems to be keen on following an intensive maritime strategy not only to protect its interests but also to expedite overseas maritime presence in the Indian Ocean Region (IOR).

Many democratic countries, including the United States, Japan and India are not in favour of China's expansion in the IOR.

Beijing under Xi Jinping is emerging fast as a “trading nation” and the new focus is to expedite its maritime trading routes in the IOR. That would bring Indian maritime interests into contestation. India’s S-A-G-A-R (Security and Growth for All Region) initiative under Prime Minister Narendra Modi equally emphasises on the maritime economy and marine resources which would emerge as a matter of contest between the Chinese and Indian interests in the IOR.

China aims to configure a bipolar world, sharing the "major" power platform with the United States. China wants to shun the existing “status quo”  and emerge as a “revisionist” power. This would significantly influence China-India relations.