Opinion: Why right to independence will elude Catalans even after winning election 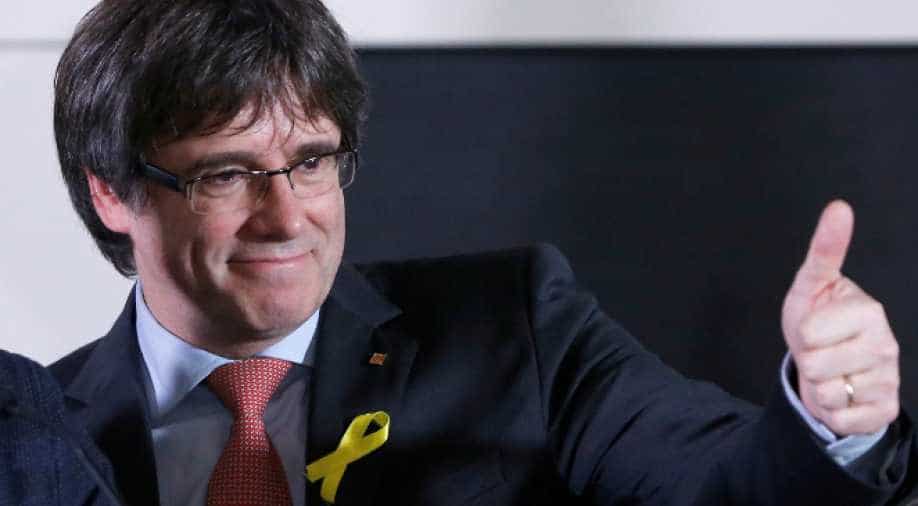 Puigdemont who slipped out of Spain at the height of the Catalan separatist movement might just be arrested the minute he returns to Madrid. Photograph:( Reuters )

Voters in Catalonia went to the polls on December 21 in an election triggered by the recent crisis over the region’s declaration of independence from Spain.

If separatist parities succeed at the ballot box it’s likely they will claim this as a legitimate mandate for independence. But this is not a sound interpretation of the international law of self-determination – and the result of the election cannot be seen as a proxy for independence.

Both those for and against the region’s right to claim independence from Spain argue that their position is grounded in international law. The Catalan government, prior to being deposed on October 27, claimed that the international right of all peoples to self-determination afforded the region the “right to independence” and the international legitimacy of their expectations – an argument supported by some commentators.

Given that Catalonia is not a colony, post-Franco Spain has not committed gross human rights violations in the region, and Catalonia enjoys political inclusion at every level of government in Spain, it fails to meet these three circumstances. That means international law does not support Catalonia’s claim of an international “right to independence” under the current circumstances.

In the bids for independence of Quebec and Scotland, domestic political negotiation resulted in the Canadian and UK governments authorising referenda to be held over independence in each place. Holding a referendum does not necessarily give a region the right to secede if voters opt for independence, rather it creates an obligation on the parent state to act in good faith. There is no “automatic” right to secede created.

A landmark 1998 ruling in Canada on the issue of Quebec’s secession is a useful reference point here. For any independence referendum to be effective, the Canadian Supreme Court stated that where there is a clear answer to a clear question with a clear majority, a government cannot ignore the result. However, the extent of that obligation is for the government to enter into good faith negotiations with the region on the terms of departure – and these negotiations may not mean necessarily lead to independence.

Prior to the Scottish independence referendum in 2014, the Scottish and UK governments agreed to legally respect its outcome, and the appropriate constitutional powers were transferred to Scotland. Both sides accepted as a matter of law the consequences attached to the result.

In Catalonia, the independence referendum on October 1 was held outside the powers of the Catalan parliament – a position confirmed by the Spanish Constitutional Court. This is not to say that it was rebellion or sedition to pursue a referendum, rather it was beyond the Catalan government’s legal powers to unilaterally enact its consequences. Therefore, the result – which was in favour of independence – was not recognised either domestically or internationally.

Beyond the ballot box

Self-determination in democratic states is normally fulfilled within the constitutional framework of an existing state. The failure of separatist political parties to achieve constitutional amendments or agreements is not a denial of this right. Except in the extreme circumstances outlined above, relying on self-determination to provide an “automatic right to independence” is a dangerous misrepresentation of international law that threatens those states which adhere to democratic principles.

The electoral success of separatist parties at the ballot box does not give a legitimate mandate for independence. If separatist parties do win on December 21, it will not give Catalonia the right to secede. At best, it will require Madrid to engage in good faith dialogue with Barcelona on potential constitutional change in Spain.

None of this foregoes the possibility of the emergence of an independent Catalonia. There may be several compelling political or social concerns for fulfilling self-determination rights of the Catalans that could be presented as part of negotiations with Madrid. But there cannot be an ultimatum from the Catalan separatists that independence must be on the table in future negotiations.