Opinion: Mahathir's reforms could put Saudi Arabia and the UAE on the spot 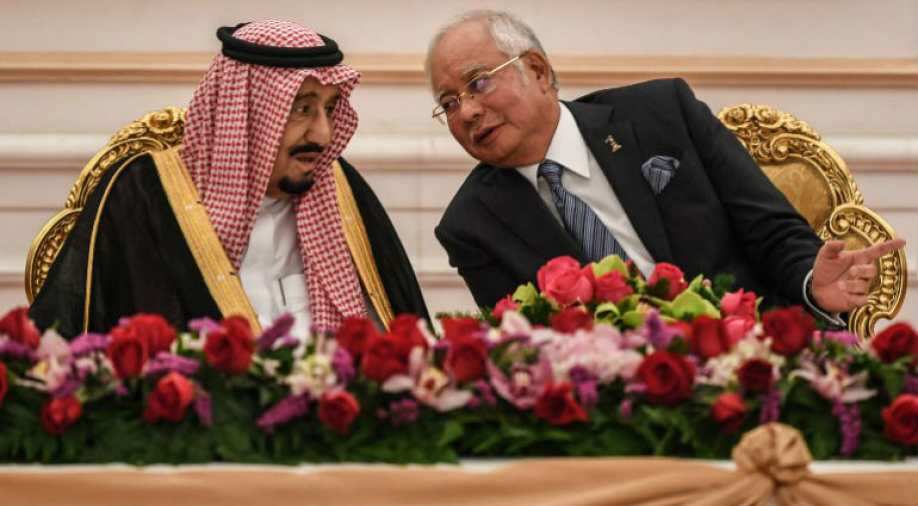 A series of anti-corruption measures as well as statements by Mahathir and his defence minister, Mohamad (Mat) Sabu, since this month’s upset in elections that ousted Prime Minister Najib Razak from office, are sparking concern in both Saudi Arabia and the United Arab Emirates.

Mahathir, who has cautioned in recent years against widespread anti-Shiite sectarianism in Malaysia, has questioned together with Sabu Malaysia’s counterterrorism cooperation with Saudi Arabia.

Mahathir has also reinvigorated anti-corruption investigations of Razak, whom Qatari media have described as “Saudi-backed.”

Razak is suspected of having syphoned off billions of dollars from state-owned strategic development fund 1Malaysia Development Berhad (1MDB). The fund as well as Saudi and UAE entities allegedly connected to the affair are under investigation in at least six countries, including the United States, Switzerland and Singapore.

Abdulla focused on Mahathir’s age. At 92, Mahathir is the world’s oldest-elected leader.

Abdulla also harped on the fact that Mahathir had been Razak’s mentor before defecting to the opposition and forging an alliance with Anwar Ibrahim, Mahathir’s former deputy prime minister and an Islamist believed to be close to the Muslim Brotherhood, whom he helped put behind bars.

UAE Crown Prince Mohammed bin Zayed is known for his intense opposition to political Islam, including the Brotherhood.

“Malaysia seems to lack wise men, leaders, statesmen and youth to elect a 92-year-old who suddenly turned against his own party and his own allies and made a suspicious deal with his own political opponent whom he previously imprisoned after fabricating the most heinous of charges against him. This is politics as a curse and democracy as wrath,” Abdulla said on Twitter, two days after the election.

Similarly, Malaysian officials have signalled changing attitudes towards the Gulf. Seri Mohd Shukri Abdull, Mahathir’s newly appointed anti-corruption czar, who resigned from the Malaysian Anti-Corruption Commission (MACC) in 2016 as a result of pressure to drop plans to indict Razak, noted that “we have had difficulties dealing with Arab countries (such as) Qatar, Saudi Arabia, (and the) UAE.”

Those difficulties are likely to recur.

Sabu, the new defence minister, noted in a commentary late last year that Saudi (and UAE) wrath was directed “oddly, (at) Turkey, Qatar, and Iran…three countries that have undertaken some modicum of political and economic reforms. Instead of encouraging all sides to work together, Saudi Arabia has gone on an offensive in Yemen, too. Therein the danger posed to Malaysia: if Malaysia is too close to Saudi Arabia, Putrajaya would be asked to choose a side.”

Putrajaya, a city south of Kuala Lumpur, is home to the prime minister’s residence and a bridge with four minaret-type piers that is inspired by Iranian architecture.

Sabu went on to say that “Malaysia should not be too close to a country whose internal politics are getting toxic… For the lack of a better word, Saudi Arabia is a cesspool of constant rivalry among the princes. By this token, it is also a vortex that could suck any country into its black hole if one is not careful. Indeed, Saudi Arabia is governed by hyper-orthodox Salafi or Wahhabi ideology, where Islam is taken in a literal form. Yet true Islam requires understanding Islam, not merely in its Quranic form, but Quranic spirit.”

Since coming to office, Sabu has said that he was reviewing plans for a Saudi-funded anti-terrorism centre, the King Salman Centre for International Peace (KSCIP), which was allocated 16 hectares of land in Putrajaya by the Razak government. Sabu was echoing statements by Mahathir before the election.

The opening of the centre was twice postponed because Saudi Crown Prince Mohammed bin Salman cancelled his planned attendance. Malaysian officials said the kingdom had yet to contribute promised funds for the centre.

Shahriman Lockman, an analyst with the Kuala Lumpur-based Institute of Strategic and International Studies cautioned that Malaysia would have manoeuvre carefully.

“Whether we like it or not, whatever we think of them, Saudi Arabia is a major player in the Muslim world and in the Middle East. Their administration of the haj makes it crucial for Muslim-majority countries to get along with them,” Lockman said.

The fact that Mahathir’s election has sparked hopes that he will move Malaysia away from Razak’s embrace of Saudi-inspired ultra-conservative Islam as a political tool, despite the prime minister’s history of prejudice towards Jews and past anti-Shiite record, is likely to reinforce Saudi and UAE concern that his moves could favour Iran.

Mahathir has vacillated in his statements between banning Shiism to avert sectarianism and calling on Sunni Muslims in Malaysia to accept the country’s miniscule Shiite minority as a way of avoiding domestic strife.

What is likely to concern the Saudis most is the fact that Mahathir has said that accepting Shiites as fellow Muslims was necessary because of the growth of the Iranian expatriate community in Malaysia. Analysts say the presence has sparked a greater awareness of Shiism and Sunni animosity because of Razak’s divisive policies.

Saudi and UAE worries about the reinvigorated anti-corruption investigation are rooted in the potential implication in the scandal of a Saudi commercial company, members of the Saudi ruling family, and UAE state-owned entities and officials.

It will not have been lost on Saudi Arabia and the UAE that Mahathir met with former PetroSaudi executive and whistle-blower Xavier Andre Justo less than two weeks after his election victory.

A three-part BBC documentary, The House of Saud: A Family at War, suggested that Razak had worked with Prince Turki bin Abdullah, the son of former Saudi King Abdullah, to syphon off funds from 1MDB.

The Wall Street Journal, citing not only emails, but also US court and investigative documents, reported last year that companies connected to Otaiba had received $66 million from entities investigators say acted as conduits for money allegedly stolen from 1MDB.

The UAE embassy in Washington declined to comment at the time but admitted that Oteiba had private business interests unrelated to his diplomatic role. The embassy charged that the leaked emails were part of an effort to tarnish his reputation.

Bank statements and financial documents reviewed by The Wall Street Journal suggest that Khadem al Qubaisi, a director of an Abu Dhabi-owned investment company, who has also been implicated in the scandal, facilitated the purchase by UAE deputy prime minister Sheikh Mansour Bin Zayed Al Nahyan’s brother of a $500 million yacht with 1MDB funds.

“The impact of this election will reverberate far beyond Malaysia's borders,” said Asia director of the Centre for Humanitarian Dialogue Michael Vatikiotis.

Vatikiotis was looking primarily at the fallout of Mahathir’s victory in Southeast Asia and China. His analysis is however equally valid for Saudi Arabia and the United Arab Emirates, where it could also prove to be embarrassing.