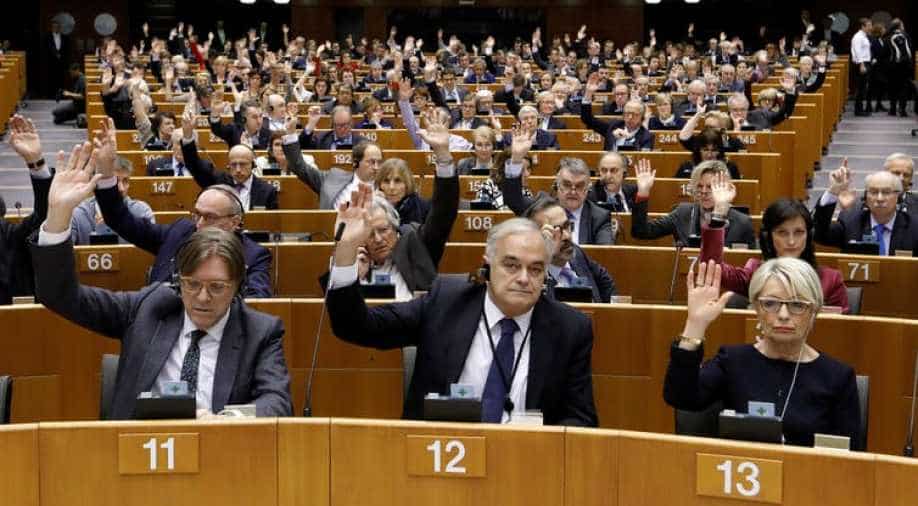 Hands up to support women’s participation in the EU parliament. (Conversation) Photograph:( Others )

In my work as a gender and communications specialist I have met – and in some cases professionally advised – female ministers, legislators, mayors, community leaders and judges across the world, from the Dominican Republic and Honduras to the Netherlands and Sweden.

I’m Argentinean, so the struggles described to me by Latin American female leaders, who confront inter-party resistance and media double standards on a daily basis, are familiar ones. Our region’s gender gap is a disheartening 30%; Guatemala and Paraguay are among the world’s least gender-equal places.

I have been surprised, however, to hear that women in northern Europe – the most gender-equal region in the world – report the same grievances. While researching my latest book on women in power, I interviewed 18 female politicians in Sweden and The Netherlands, certain that their experience in public service would starkly contrast that of their Latin American peers.

After all, in those countries, women already occupy 40% of political positions – and they didn’t need a quota system to do it. Only in a gender-equal paradise could that happen, right?

The women I interviewed varied in age and ideological background. Some were already retired and others were engaged as EU parliamentarians, congresspeople, government ministers, judges and congressional commission presidents.

It turns out that although women in Sweden and the Netherlands have achieved near parity in national parliaments, they nonetheless share many challenges. Every person interviewed – conservative, progressive, junior or senior – felt that women still had a long way to go to achieve substantive equality.

“When we talk about involvement of women in politics,” one Dutch interviewee said, “it is not just a matter of numbers, but … also of their position to exert influence. How many of them are in ‘hard core’ areas like budget, for example, and really have visibility?”

In other words, equality is not just numeric.

In the Netherlands, since the 1970s “gender mainstreaming” effort, the idea of gender equality is so firmly instilled that citizens won’t vote for parties whose candidate lists aren’t roughly gender-equal, ensuring women get on the ticket. The EU first began to legislate equal pay and equal rights for women in 1979, pressuring member states to adopt such laws nationally. So a top-down cultural shift has been underway for decades.

All the women I spoke to agreed that this has helped, but only to a degree. Women are still under-represented in ministries and decisive parliamentary commissions: among developed-world nations, only 17% of government ministers are women. It’s also meaningful that in Spain only 9% of male ministers do not have children, while 45% of female ministers do not.

Neither Sweden nor the Netherlands has yet seen a female head of state – something that, for example, Argentina, Chile, Brazil and Costa Rica have all achieved.

We’ve still got a long way to go

So even in the world’s most egalitarian countries, the debate on women’s rights continues.

“There are still many stereotypes that exert influence, especially on domestic task divisions,” one Dutch parliamentarian said. Yes, even Western European women confront the “can she have it all?” dilemma.

Another woman, an EU parliamentarian, told me:

When I became Member of Parliament, [the media] asked me how I managed to combine my work as a politician with motherhood or family life. Before we had kids, my husband had two jobs … He gave up one to take care of the household and our children. After eight years, he became Alderman of Amsterdam, … and then everybody turned to me and asked what I would do now. I answered ‘well, I have the same job, he is the one who has a new one, so ask him.’

Of course, in Northern Europe as in the rest of the world, stereotypes and double-standards still influence media coverage of women. Women said journalists made numerous comments about their hair or clothing, or about looking exhausted after a late-night session (men were celebrated for their stamina).

One woman with experience as both an EU parliamentarian and government minister, recounted this anecdote:

A photo journalist came to me and said ‘Madam, you have always the same suit on’. I said ‘Yes, that’s not a problem for me, is it a problem for you?’ And he answered that in fact it was … because it gave the impression that photographs were always the same one. I always wore a brooch, so I told him, ‘Ok, I will give you something new: I will change the brooches.’

The women interviewed shared recommendations for fixing these inequalities – again, political affiliation made no difference in these policy recommendations.

Every woman commented on the need to address gender bias in early childhood education. One congresswoman who suggested working with young boys and girls to raise awareness of gender stereotypes also commented that teachers at preschools and schools must be trained in equality as well. And indeed, some Scandanavian nations are, controversially, already mandating gender-neutral reading (goodbye, Snow White).

Although defying gender roles is everyone’s job, women have a decisive part to play. Each and every woman I interviewed, regardless of age or political position, agreed that mentorship was key to her success. Women with more experience offered advice to those with less, and gave them strength to keep fighting.

At a collective level, too, these powerful women agreed that women’s movements and women’s organisations, both within civil society and inside political parties, are fundamental to the continued struggle for political inclusion. Such groups offer women “a place where women meet [and] fight for their causes”, one interview subject said.

When Prime Minister of Canada Justin Trudeau introduced his new cabinet, comprised of 15 men and 15 women, after his 2015 election victory, a reporter asked why it was important for him to have a gender-equal cabinet. 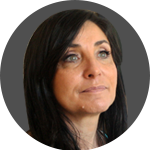