One year after Paris attacks, city still fighting to woo back tourists 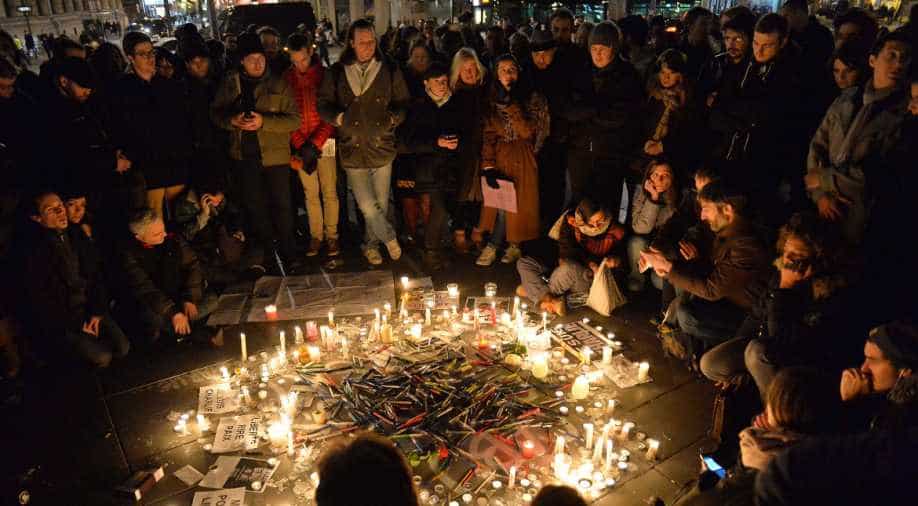 'We haven't recovered,' the tourism chief for the Paris region, Frederic Valletoux, said. 'The impact is lasting and completely unprecedented.... Many small businesses are on their knees.' Photograph:( Getty )

A year after jihadists sowed terror in Paris, killing 130 people, the City of Light is struggling to restore its lustre as fearful tourists stay away in droves.

In the Paris area alone, tourism revenue is expected to plunge by 1.5 billion euros ($1.6 billion) this year.

"We haven't recovered," the tourism chief for the Paris region, Frederic Valletoux, told AFP. "The impact is lasting and completely unprecedented.... Many small businesses are on their knees."

"We must say it clearly," Prime Minister Manuel Valls said. "Tourism in France is going through a difficult period."

The new measures will tighten security at prime tourist magnets such as the Louvre, the world's most visited museum, which saw a 20 per cent drop in visitors in the past year.

Tourist arrivals to France were down 8.1 per cent in the 10 months from January to October.

The government has set a goal of attracting 100 million foreign visitors in 2020, compared with 85 million last year.

Officials had hoped the stay away trend would reverse after the successful hosting of the Euro football championship in July.

But just days after the end of the competition, the tourism sector took a massive new blow with the Bastille Day truck rampage in the Riviera resort city of Nice that claimed a further 86 lives.

"People are afraid because it's not just one thing but a series" of attacks in France, said Serbian tourist Vladimir Mitrasinovic, a London-based tech executive who was visiting Paris for a reunion.

Restaurants "are getting hit hard, both in Paris and the Riviera", said Roland Heguy, head of the hotel industry association UMIH.

The summer months, normally the peak tourist season, "were very bad for this sector", he said.

The terror attacks were significant, but not alone, in discouraging tourism over the past year, which has also seen massive street protests over labour reforms that frequently turned violent.

Among other deterrents, the Paris region has seen a series of thefts targeting Asian visitors.

"Asian tourists -- all tourists -- must know that they are safe in France," Valls' office said.

January to October saw a 39 percent decrease in Japanese tourists and 23 per cent fewer Chinese visitors.

Yan Liu, one of the store's dozens of Chinese sales assistants to cater for Chinese shoppers, said the wands were introduced about a year ago -- corresponding to the November attacks.

"I'm afraid it doesn't look like (shopping tourism) is coming back," said Liu, 37, who has worked at Printemps for four years.

She said the rash of robberies targeting Chinese was one factor keeping Asian tourists away.

"But the sense that France isn't safe is especially because of the attacks," Liu said.

In the Pigalle district, home to the Moulin Rouge, Danish tourist Jens Peter Frahm-Hansen said the jihadist attacks did not deter him.

"You shouldn't be afraid of these types of people, that's what they want," the 64-year-old retired Kodak executive said.

His friend Mitrasinovic, who lived through the July 7, 2005, London bombings, was equally sanguine about the threat.

"Most of us think it won't stop, so we won't change our plans," he chimed in.

Frahm-Hansen said the group of former work colleagues had ruled out meeting up in places like Turkey or Tunisia because of security fears.

"We could have gone anywhere else, but we chose Paris," he said. "The sun is the same everywhere, but Paris is Paris. It's unique and you have to see it."