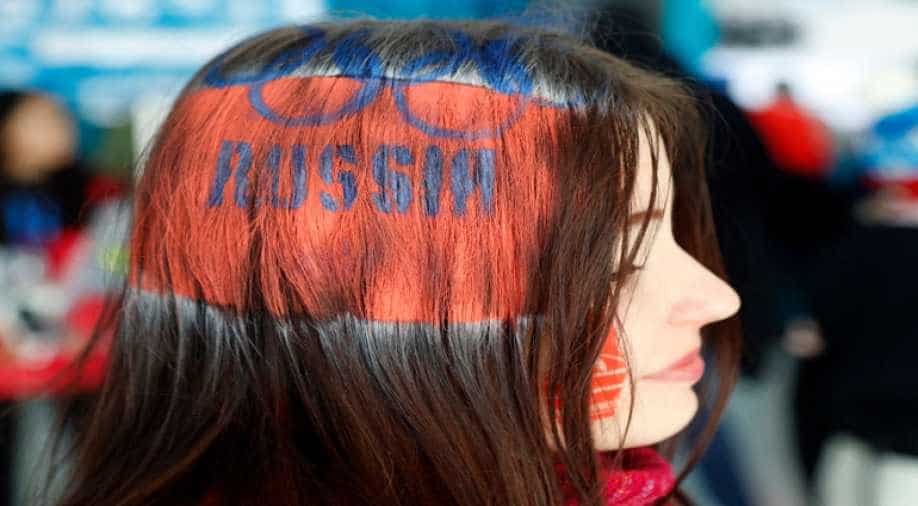 The IOC said two Russian doping violations during the Pyeongchang Games had marred an otherwise clean report card for the Russian delegation at the Games. Photograph:( Reuters )

Russians have been competing as neutral athletes at the Games, their Olympic status suspended, as IOC punishment for years of drug scandals involving allegations that Russia ran a systematic, state-backed drug-cheating programme.

The IOC said two Russian doping violations during the Pyeongchang Games had marred an otherwise clean report card for the Russian delegation at the Games.

"This was hugely disappointing and, in addition to other considerations, prevented the IOC from even considering lifting the suspension for the closing ceremony," IOC President Thomas Bach said in presenting the recommendation to IOC members.

Bach said Russia's Olympic status should only be restored once it was confirmed the Russians had committed no other doping violations at Pyeongchang.

Competition at the Winter Games concludes on Sunday and final drug testing results might not be known for several days or even weeks.

"We really had hoped for it. Some athletes stayed behind later with the hope that they would be walking under the Russian flag. I've heard athletes say that they were staying just because they wanted to walk with the flag and in our uniform."

Russia's Olympic delegation chief and its figure skating silver medallist, Evgenia Medvedeva, had made a last appeal to the IOC on Saturday for their suspension to be lifted, apologising for the two doping violations during the Games.

Medal-winning curler Alexander Krushelnitsky and bobsledder Nadezhda Sergeeva failed doping tests, angering a team that had been through extensive testing before and during the first days of Games competition without returning any positive results.

At the Games, the Russians have been unable to wear national uniforms or have their anthem played at medal presentations.

Russian delegation chief Stanislav Pozdnyakov has said that the prospect of flying the flag at Sunday night's closing ceremony meant more to his athletes than winning medals.

In December, the IOC had held out the prospect of lifting Russia's suspension for the closing ceremony, on the condition its athletes met a strict code of conduct, including compliance with anti-doping rules and observance of athlete neutrality.

Before voting on Sunday to maintain the suspension, Russian IOC member Shamil Tarpischev said the team had complied with all of the conditions.

"The two doping cases account for the lack of culture and education (of the individuals). They are isolated," he said.