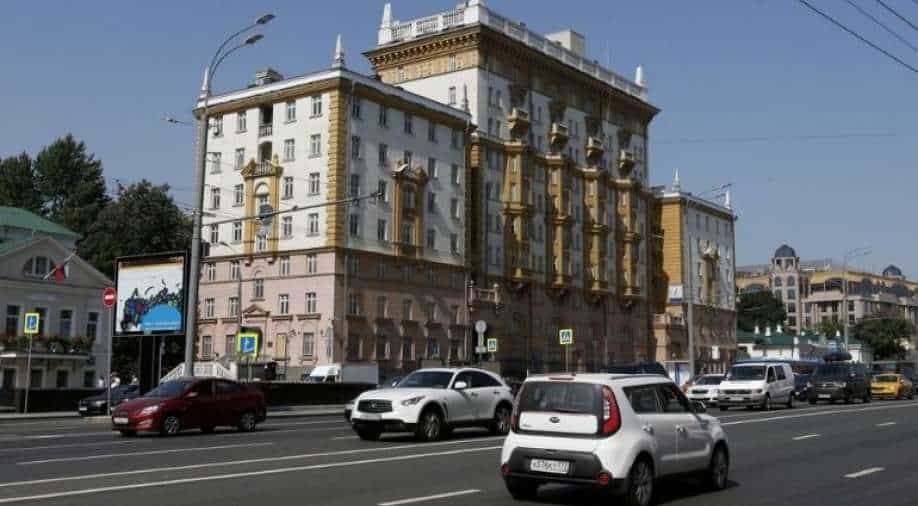 Vehicles drive past the embassy of the US in Moscow, Russia (File Photo). Photograph:( Reuters )

Nationals of Russia will now have to travel to Warsaw for getting US immigrant visas. This is the latest development in the unresolved US-Russian tensions. It is in effect since October 12. The move prompted a heated rejoinder from Russian Foreign Ministry spokeswoman Maria Zakharova but the state department pinned the blame on Moscow

In a latest development in the unresolved US-Russian tensions, nationals of Russia will have to travel to Warsaw for getting US immigrant visas.

In effect since October 12, the US visa move has prompted a heated rejoinder from Russian Foreign Ministry spokeswoman Maria Zakharova.

Zakharova wrote on the Telegram platform that US diplomats had long been "destroying" the consular services system in Russia. It has turned what should be a routine and technical procedure "into a real hell."

For its part, the state department pinned the blame on Moscow. In a statement received by AFP, a State Department spokesman, said, "The Russian government's decision to prohibit the United States from retaining, hiring or contracting Russian or third-country staff severely impacts our ability to provide consular services."

"The extremely limited number of consular staff in Russia at this time does not allow us to provide routine visa or US citizen services. We realise this is a significant change for visa applicants,” added spokesman.

The department also cautioned that don’t travel to Warsaw until an appointment is booked with the embassy there. The statement recognised that the shift of visa services to Warsaw was not an "ideal solution."