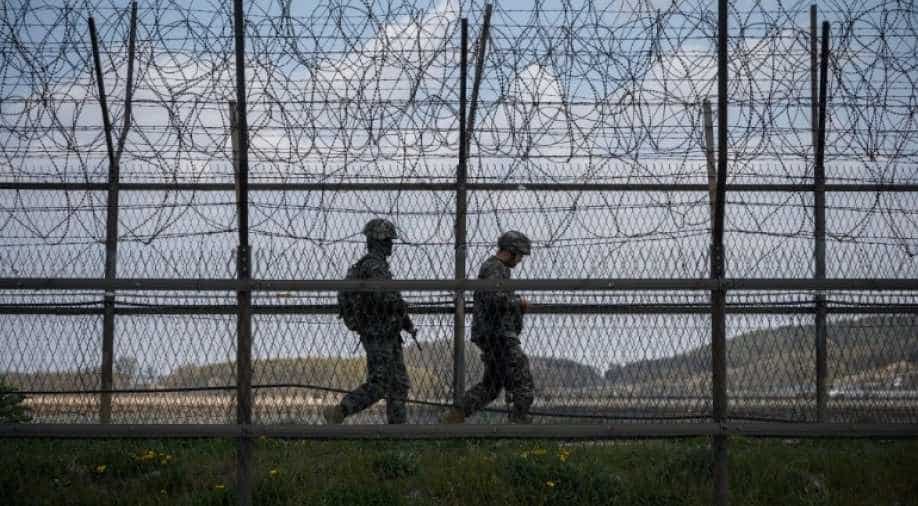 This exchange of gunfire comes after North Korean leader Kim Jong Un made his first public appearance on Friday, ending the speculation about his poor health or death

North and South Korea exchanged gunfire in the demilitarised zone on Sunday, increasing the tension a day after pictures of Kim Jong Un's first public appearance after almost three weeks were released.

Multiple gunshots were fired from North Korea at 7:41 a.m. local time towards a guard post at the border that separates the two Koreas, the South's joint chiefs of staffs (JCS) said in a statement.

Also read | 'Glad he is back and well': Donald Trump on Kim Jong Un's first appearance in three weeks

"Our military responded with two rounds of gunfire and a warning announcement," the JCS said, adding that no casualties were reported.

Later, the South Korean military clarified that the gunshots fired from North were "not deemed intentional", according to the Yonhap news agency.

This exchange of gunfire comes after North Korean leader Kim Jong Un made his first public appearance on Friday, ending the speculation about his poor health or death.

The two Koreas remain technically a war after the 1953 war that ended with an armistice in 1953.

However, most of the commitments of the deal were not fulfilled by North Korea.