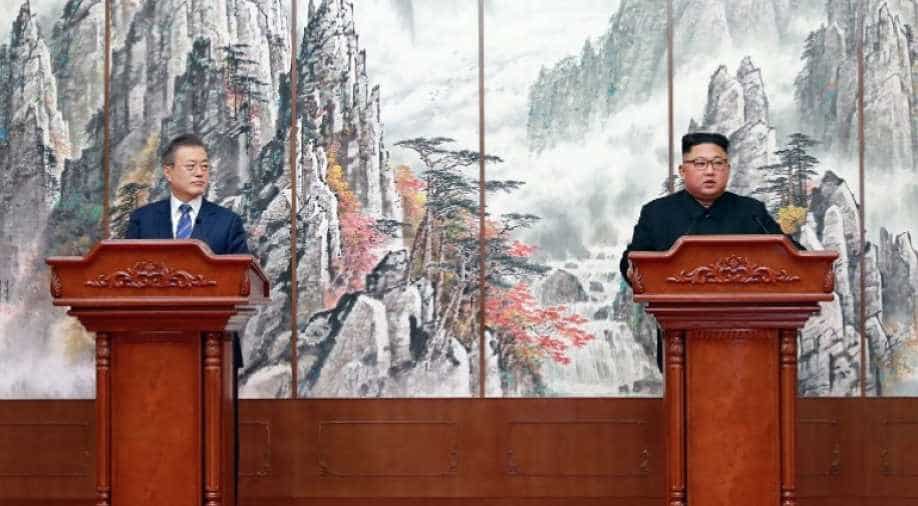 The inter-Korean liaison office in the Northern city of Kaesong was opened in September as the two Koreas knitted closer ties.

North Korea has pulled its staff out of an inter-Korean liaison office, Seoul said Friday, weeks after leader Kim Jong Un's summit with US President Donald Trump ended without agreement.

The office in the Northern city of Kaesong was opened in September as the two Koreas knitted closer ties, but the South's vice unification minister Chun Hae-sung told reporters Pyongyang had "notified the South they are pulling out of the liaison office".

The decision had been taken "in accordance with an order from an upper command", he said, adding: "They said they didn't care whether we stayed at the liaison office or not."

The South's President Moon Jae-in was instrumental in brokering the talks process between the nuclear-armed, sanctions-hit North and the US, Seoul's key security ally.

Moon has long backed engagement with the North to bring it to the negotiating table, and has been pushing the carrot of inter-Korean development projects, among them an industrial zone also in Kaesong and cross-border tourism for Southerners.

But the failure by Kim and Trump to reach agreement in Hanoi last month on walking back Pyongyang's nuclear programme in exchange for relaxation of the measures against it has raised questions over the future of the process, despite both sides' expressed willingness to talk further.

In his New Year speech -- a key political event in the North -- Kim said without giving details that Pyongyang might see a "new way for defending the sovereignty of the country and the supreme interests of the state" if the US persisted with sanctions.

Seoul sought to keep the door open to more contact.

"We regret the North's decision," Chun said. "Though North Korea has pulled out, we will continue to work at the liaison office as usual."