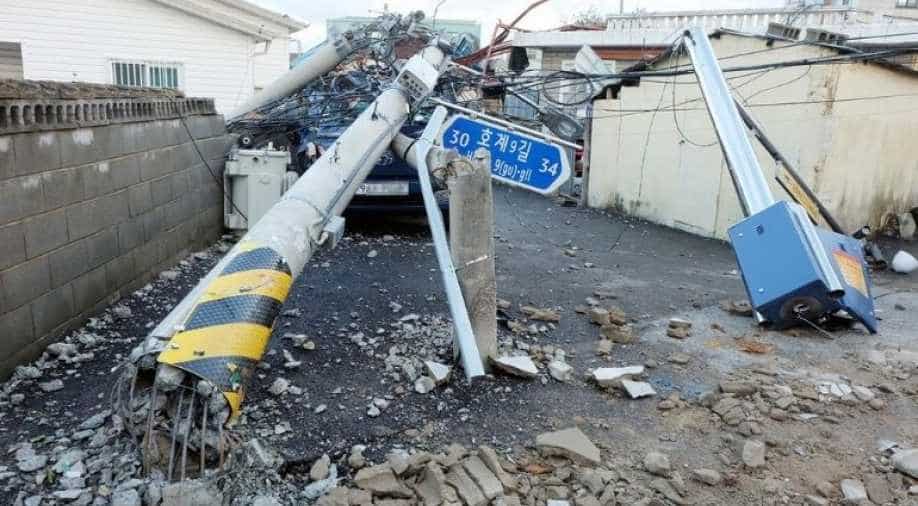 Typhoon Maysak brought heavy downpours across the country earlier this week, with footage showing a street inundated with water in the eastern port town of Wonsan, Kangwon province

North Korea has pledged harsh punishment for local officials it says failed to protect residents from a typhoon which caused a “serious incident” with dozens of casualties, the ruling party’s newspaper reported.

Typhoon Maysak brought heavy downpours across the country earlier this week, with footage showing a street inundated with water in the eastern port town of Wonsan, Kangwon province.

The report did not say how many were injured, missing or dead.

The officials failed to “immediately organise a project to thoroughly identify properties at risk and evacuate all residents” despite being ordered by the ruling Workers’ Party of Korea headed by leader Kim Jong Un, it added.

“A decision was made to impose severe party, administrative, and legal punishment to those responsible for the casualties.”

Maysak also hit the South, killing at least two people. More than 2,200 people were evacuated to temporary shelters in the southern city of Busan.

Natural disasters tend to have a greater impact in the North due to its creaking infrastructure, and the country is vulnerable to flooding as many mountains and hills have long been deforested.

Punishing the local officials is a “way for the North Korean leadership to avoid blame” for the casualties, Ahn Chan-il, a defector turned researcher based in Seoul, said.

“They are sending out a message that Kim Jong Un never does anything wrong, but damages occur only because those who work for him fail to follow his order.”