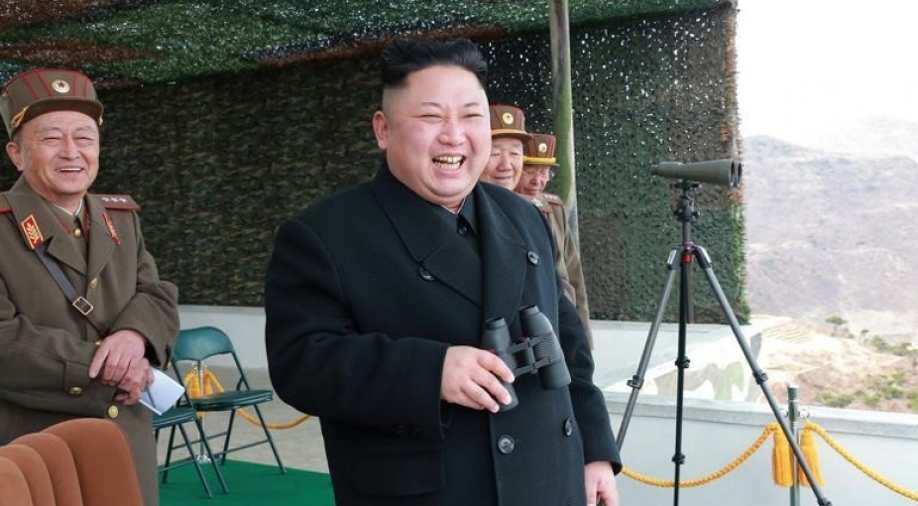 (File photo) With a broad smile on his face, Kim praised his troops for their precision, saying "the bullets seemed to have their own eyes", KCNA said, without identifying when the operation was held. Photograph:( Reuters )

US President Donald Trump has sent a naval "armada" to the Korean peninsula in a show of force, accompanied by a warning that Washington is ready to take on North Korea alone if necessary.

The North has since said it is ready for "war" with the US, while speculation is mounting that it might conduct a nuclear or missile test to mark the 105th birthday anniversary of founder Kim Il-Sung on Saturday.

The reclusive state has long been on a quest to develop a long-range missile capable of hitting the US mainland with a nuclear warhead, and has so far staged five atomic tests, two of them last year.

With a broad smile on his face, Kim praised his troops for their precision, saying "the bullets seemed to have their own eyes", KCNA said, without identifying when the operation was held.

"The contest proved once again that our Korean People's Army... will show a real taste of gun shot and real taste of war to the reckless invaders," it said.

China , the North's sole major ally, has urged the US president to take a peaceful approach to resolving the North Korean tensions.

The sabre-rattling has unnerved China, which is losing patience with Pyongyang but whose priority remains preventing any instability on its doorstep.

Seoul and Washington are currently conducting joint military drills, an annual exercise which is seen by the North as a practice for war.