Non-binary "They" becomes 2019 Word of The Year: Merriam-Webster 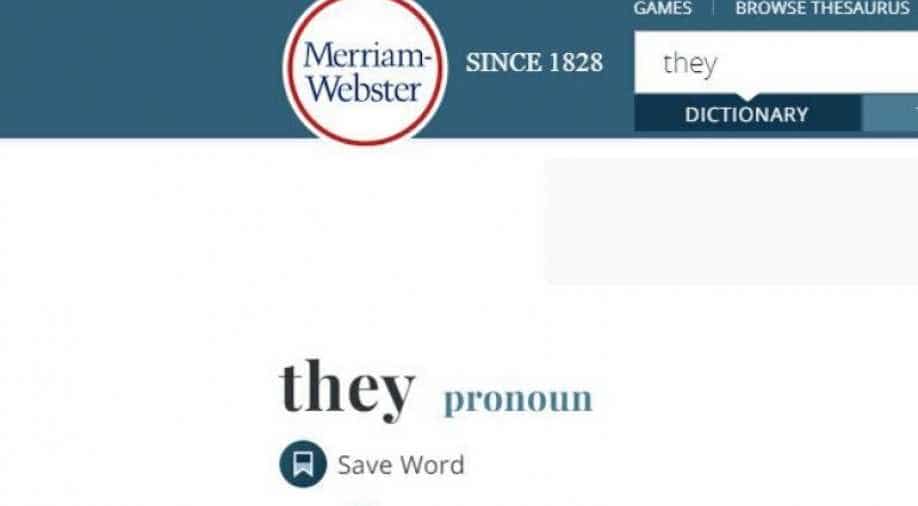 The word had a new sense added to it in September and is increasingly common in both public and personal communication. Photograph:( Others )

United States dictionary Merriam-Webster has named the non-binary pronoun "They" its Word of The Year for 2019.

The dictionary had recently added the non-binary pronoun "They" as an entry in its dictionary.

This is along with three other separate definitions present in the dictionary.

According to Meriam Webster, since its addition, the word 'they' was looked up 313 per cent more this year than the previous one.

The word had a new sense added to it in September and is increasingly common in both public and personal communication.

Merriam-Webster's runners-up were influenced by the news, with words like "Impeach" and "Quid pro quo" making the list, based on the ongoing impeachment hearings into United States President Donald Trump and "Camp", which was the theme of this year's Met Gala.

Throughout the years, Merriam-Webster words of the year have been affected by growing trends.

The non-binary 'They' is becoming increasingly popular with its usage in current times, the pronoun has also seen increased representation on television and in pop culture.