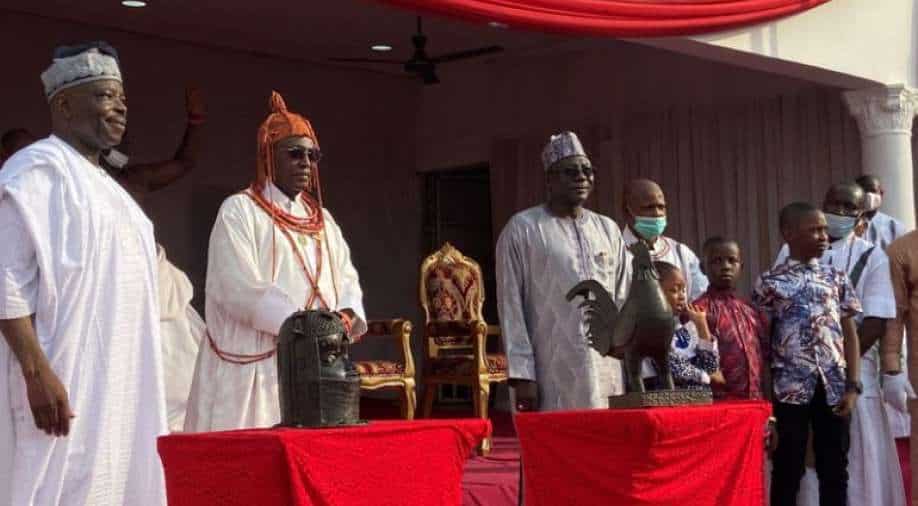 Two Benin bronzes were returned on Saturday to a traditional palace in Nigeria, more than a century after they were pillaged by British troops, raising hopes that thousands more artefacts could finally be returned to their ancestral home.

The artefacts, mostly in Europe, were stolen by explorers and colonizers from the once mighty Benin Kingdom, now southwestern Nigeria, and are among Africa's most significant heritage objects. They were created as early as the 16th century onwards, according to the British Museum.

At a colourful ceremony to mark the return of a cockerel sculpture and head of an Oba or king, spokesman Charles Edosonmwan for the Oba palace in Benin City noted that some of the bronzes were kept as far away as New Zealand, the United States and Japan.

The two artefacts were handed over to the Nigerian High Commission in October by the University of Aberdeen and Cambridge University's Jesus College but have yet to return to their ancestral home.

"They are not just art but they are things that underline the significance of our spirituality," Edosonmwan said in an interview on the sidelines of a ceremony attended by traditional leaders.

The return is another milestone in the years-long fight by African countries to recover looted works, as numerous European institutions are grappling with the cultural legacies of colonialism.