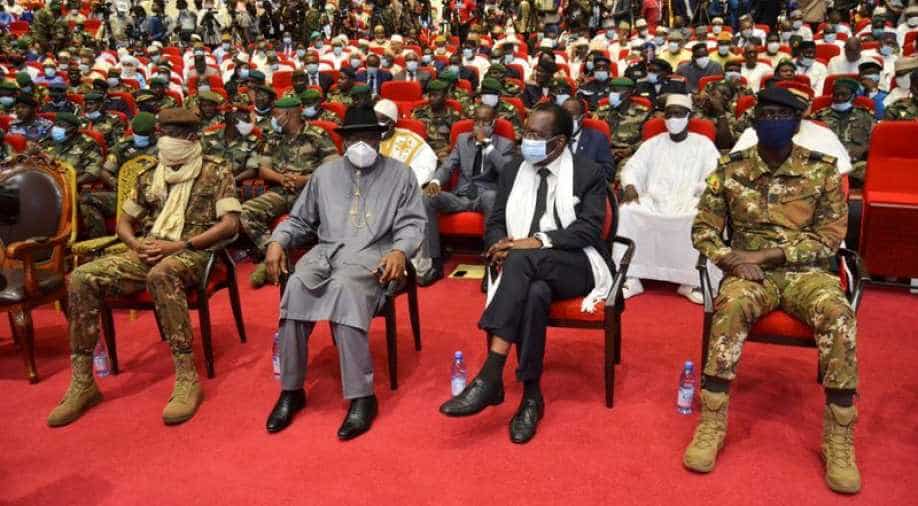 Regional bloc ECOWAS hit Mali with a raft of punitive measures after a military junta seized power but said they could be lifted once civilian leaders are installed.

Regional bloc ECOWAS hit Mali with a raft of punitive measures after a military junta seized power but said they could be lifted once civilian leaders are installed.

Former defence minister Bah Ndaw was sworn in as interim president on Friday and announced a new prime minister on Sunday, appearing to meet those key conditions.

The statement said Buhari told the envoy to present a formal report to the ECOWAS chairman, Ghana's President Nana Akufo-Addo, "who will then write us officially, and we then determine the next steps".

"According to the special envoy, the military leaders are yet to satisfy ECOWAS demand of a full civilian as vice president, and what his roles would be in government," the statement said.

Junta leader Colonel Assimi Goita, 37, has taken over the role of vice president in the interim government.

Fearing a lasting power grab by the military, the regional bloc has demanded that the vice president, whose remit includes defence and security issues, cannot under any circumstances replace the president.

Mali's neighbours are anxious to avoid the fragile nation of some 19 million people slipping into chaos after the ouster of president Ibrahim Boubacar Keita on August 18.

Swathes of the vast country already lie outside of government control because of a lethal jihadist insurgency that first emerged in 2012 and has also inflamed ethnic tensions.