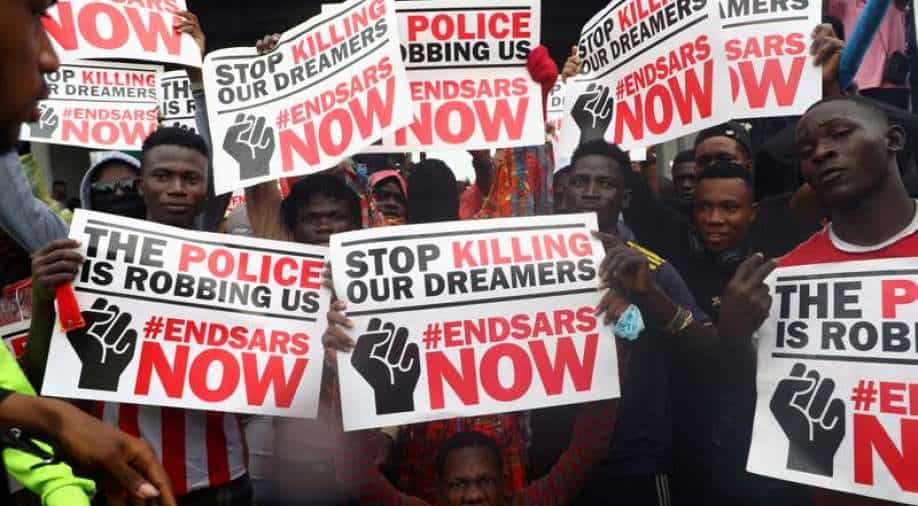 Nigeria’s security forces reportedly shot dead demonstrators protesting against police brutality in Lagos on October 20 this year, according to several witnesses, as authorities imposed a curfew and promised an investigation.

The Nigerian army has admitted to having in possession both live and blank bullets when they were deployed to protests at Lekki toll gate on October 20. The admission is being seen as a confirmation to a key finding of a CNN investigation into the shooting incident.

"The soldiers were given both live and blank bullets. In this particular case, we saw that these protests had been infiltrated by some hoodlums," Brig. Gen. Ahmed Taiwo said in his testimony to the Lagos Judicial panel of inquiry into the incident.

This is the first time the Nigerian army has admitted having live rounds at the Lekki toll gate.

Nigeria’s security forces reportedly shot dead demonstrators protesting against police brutality in Lagos on October 20 this year, according to several witnesses, as authorities imposed a curfew and promised an investigation.

According to Reuters news agency, soldiers fired at the protesters who had gathered in the Lekki district of Nigeria’s largest city in defiance of an indefinite curfew imposed hours earlier by the authorities.

In the aftermath of the shooting, the army denied any involvement, describing reports of the incident as "fake news," before backtracking and saying that soldiers were present but fired their weapons in the air and used blanks, not live rounds.

The army statement, hence, contradicts previous statements about the incident that said the judicial panel previously that the soldiers were firing in the air and firing blank ammunition.

The CNN investigation included evidence that bullet casings from the scene matched those used by the Nigerian army when shooting live rounds, according to current and former Nigerian military officials.

CNN's report was based on testimony from dozens of witnesses, and photos and video obtained and geolocated by CNN.

The admission is also yet another in a series of constantly changing narratives as to what happened on October 20 at Lekki toll gate, where protesters had gathered to demonstrate against police brutality.

Lagos is one of five of Nigeria’s 36 states to have announced movement restrictions in the last two days. Protesters pledged to remain on Lagos’s streets regardless.

The protests, organised under the #EndSARS hashtag, began with calls to scrap a notorious police unit, the Special Anti-Robbery Squad (SARS), which has long been accused of extortion, torture and extrajudicial killings.

After days of widespread demonstrations, the authorities announced SARS would be disbanded, ordering all personnel to report to the police headquarters in Abuja for debriefing and psychological and medical examinations.

Officials said SARS would be replaced by a Special Weapons and Tactics (SWAT) team.

The announcements did not satisfy the protesters, who saw the changes as nothing but a renaming exercise.

It's not clear how authorities might proceed with sanctions against the broadcaster, but CNN says it is standing by its findings released in the report.

It also says the Nigerian military declined to answer questions before the report was released.