Niger: Mayor caught red-handed while transporting over 200 kg of cocaine 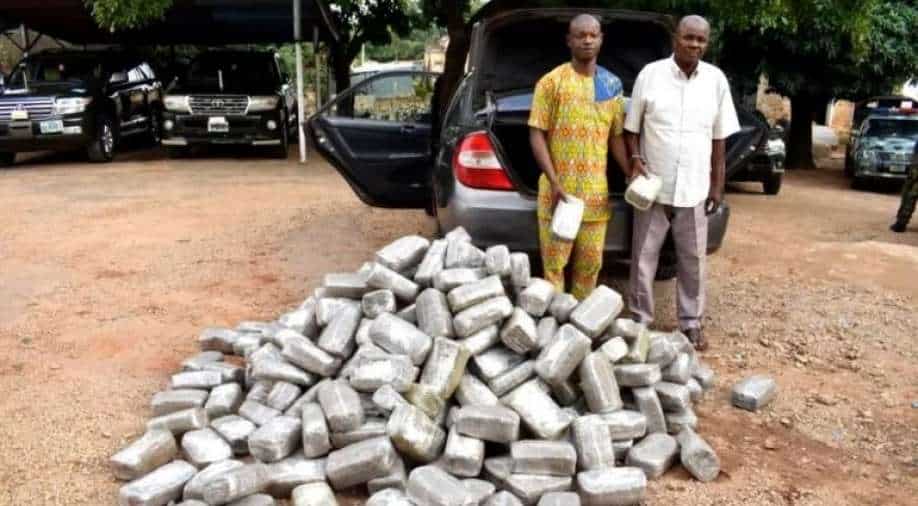 In this file photo, Troops of Operation Safe Haven (OPSH) can be seen with bricks of cocaine seized after busting a drug syndicate Photograph:( Twitter )

The police in northern Niger stopped him at a checkpoint and were astonished to find 199 bricks of cocaine worth around $8.7 million inside his own vehicle

The mayor of Niger, located in Western Africa, has been caught red-handed transporting over 200 kg of cocaine.

The police in northern Niger stopped him at a checkpoint and were astonished to find 199 bricks of cocaine worth around $8.7 million inside his own vehicle.

Also read | Haiti’s leader kept a list of drug traffickers. His assassins came for it

Niger's Central Office for the Repression of Illicit Drug Trafficking confirmed the record seizure and described it as a ''shocking incident.''

Drug kingpins have been sending larger shipments in response to increasing European demand after 17 tonnes of cannabis resin worth around $37 million were seized in Niger.

The Geneva-based Global Initiative Against Transnational Organised Crime (GI-TOC) had published a report in May last year, describing Niger as a “nerve centre” of regional drug trafficking.

As per the report, a big hashish haul seized by the Nigerien authorities in March last year had been reacquired by the traffickers, and blamed this on close links between traffickers and part of Niger’s political and military elite.

Western Africa has registered a series of record busts in recent years. It is mostly used as a transit route for illegal drugs on the way from South America to Europe.

Senegal seized more than two tonnes of pure cocaine from a ship off its Atlantic coast in October, and Gambian authorities seized nearly 3 tonnes last January from a shipment originating in Ecuador.