New York vows to reopen Statue of Liberty, at its own cost 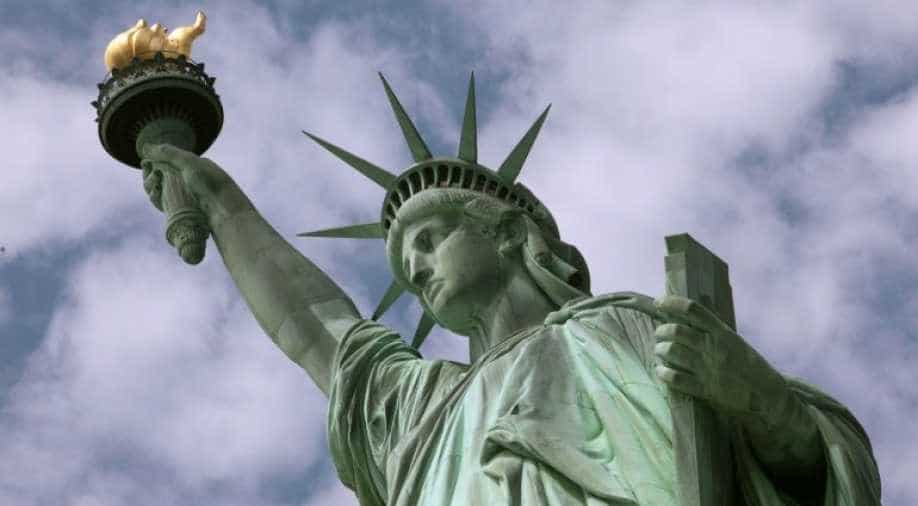 The Statue of Liberty, temporarily closed by a US government budget shutdown, will reopen on Monday to once again beckon other countries` "huddled masses" -- as well as not-so-poor tourists with dollars to spend.

"We will not stand by as this symbol of freedom and opportunity goes dark," New York Governor Andrew Cuomo said in a tweet Sunday, announcing that the state had found funds to keep the iconic landmark open.

Shutting the surrounding park "jeopardizes an economic driver for the state of New York," said Cuomo, a Democrat.

"This park is a symbol of New York and our values. And her message has never been as important as it is today," he said, alluding to the budget battle in Washington, where Democrats were seeking protection for hundreds of thousands of undocumented immigrants before agreeing to Republican proposals to extend funding for the government.

As a result of the budget impasse, many government services including the Statue of Liberty have been closed since Saturday.

Speaking to reporters from the southern tip of Manhattan Island with the Statue of Liberty in the background, Cuomo explained that the state will provide the $65,000 it takes each day to pay the federal workers who keep the park open.

The statue on Liberty Island, as well as the related museum on nearby Ellis Island, where arriving immigrants were once processed, annually welcome about 4.5 million visitors. Most come by boat from Manhattan.

On Saturday hundreds of tourists were caught unaware, even if tour companies quickly offered boat tours, or reimbursement, as a salve.

The Statue of Liberty was a gift from France to the United States in 1886 to honour the centenary of US independence 10 years earlier.

It is among the hundreds of parks, battlefields, recreation areas and monuments managed by the National Park Service.

After Democrats and the majority, Republicans in Congress missed a Friday deadline to pass a new federal budget, most "non-essential" government services and programs were ordered to close.

Some of the best-known parks have been kept open, including the Grand Canyon in Arizona and Yellowstone National Park. But most are operating with skeleton staff, meaning many stores, restaurants and even restrooms are closed.

In an unusual move, Interior Secretary Ryan Zinke, whose department oversees the parks service, said on Twitter that he had personally helped welcome visitors to the World War II memorial on the National Mall in Washington.

During the last government shutdown, a 16-day standoff in 2013, the memorial was closed. That prompted a group of military veterans, some of them in wheelchairs or hobbling on canes, to force their way in.

It was an embarrassment the White House of President Donald Trump has vowed to avoid.