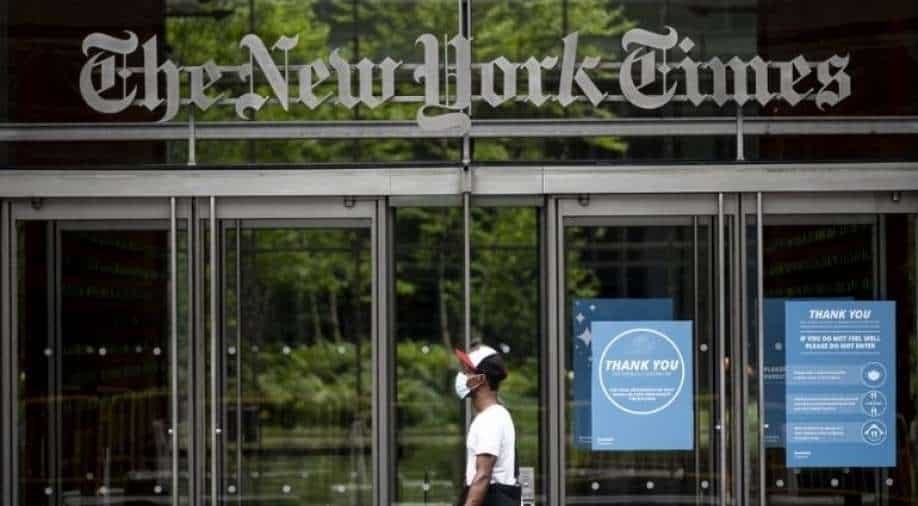 In this file photo, The New York Times building can be seen in New York City. Photograph:( AFP )

The chief executive officer of the New York Times, Meredith Kopit Levien has warned his employees against the formation of a union.

As per the leaked documents and messages obtained by the 'Guardian,' Levien tried to influence his employees to why saying no in a union election is the right choice.

The election was being held at XFun, the group responsible for positioning product design as an important voice at the highest levels of the company.

“In short, we don’t believe unionising in XFun is the right move. But that’s not because I’m anti-union,” said Kopit Levien.

Talking about the disconnect workers feel due to working from home during the pandemic, she cited Wirecutter’s union as an example of what could go wrong if the 600 employees voted in favour of the formation of the union.

''It took Wirecutter two years to reach an agreement with the NewsGuild. And the result of those prolonged Wirecutter negotiations was a set of terms that are, in most ways, what the rest of the company already enjoys. This was two years of uncertainty and discord to negotiate terms that were largely in line with what they and their non-union colleagues already had in place,'' she said in a memo.

Highlighting the company's diversity, equity, and inclusion goals, she said a union could disrupt the relationship between the management and workers.

“This is an unproven experiment with permanent consequences,” she added.

Meanwhile, Times chief product officer Alexandra Hardiman said, “A union is not a silver bullet. “It will introduce another layer into our process that we believe will make it harder to work – and achieve – together.”

“If you have any concerns about how your voice will be represented in negotiations, we urge you to vote no for the union,” said chief growth officer Hannah Yang.

The newspaper was an early adopter of the paywall when it started digital subscription plans back in 2011. That strategy helped it buck the trend of falling print revenues and build a digital business.