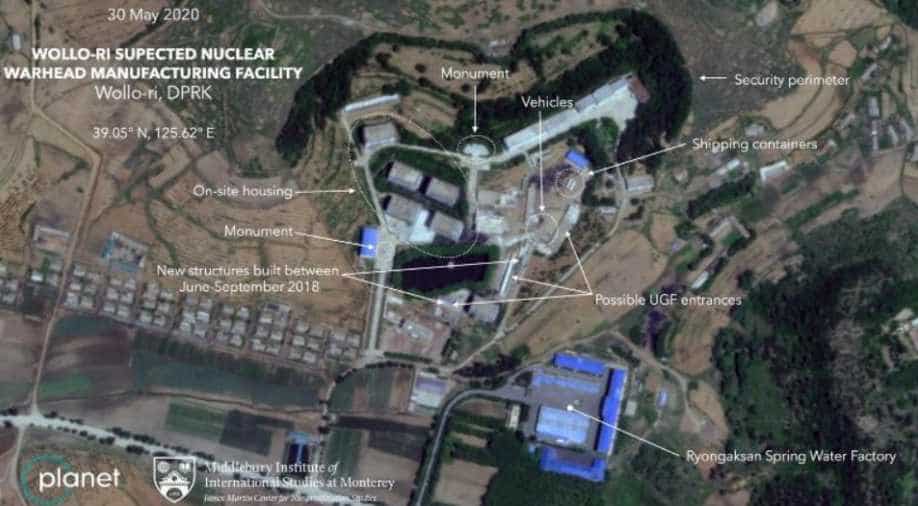 According to CNN, the images are believed to be linked to North Korea's nuclear programme. The said site is in the village of Wollo-ri near the country's capital city of Pyongyang and has not been previously disclosed to the public.

The facility was first identified in 2015 by researchers at the James Martin Center for Nonproliferation Studies.

It also comes as talks between Washington and Pyongyang remain stalled.

Additionally, the site appears to contain an underground facility, according to satellite images, though experts acknowledge it is difficult to assess how extensive that facility is.