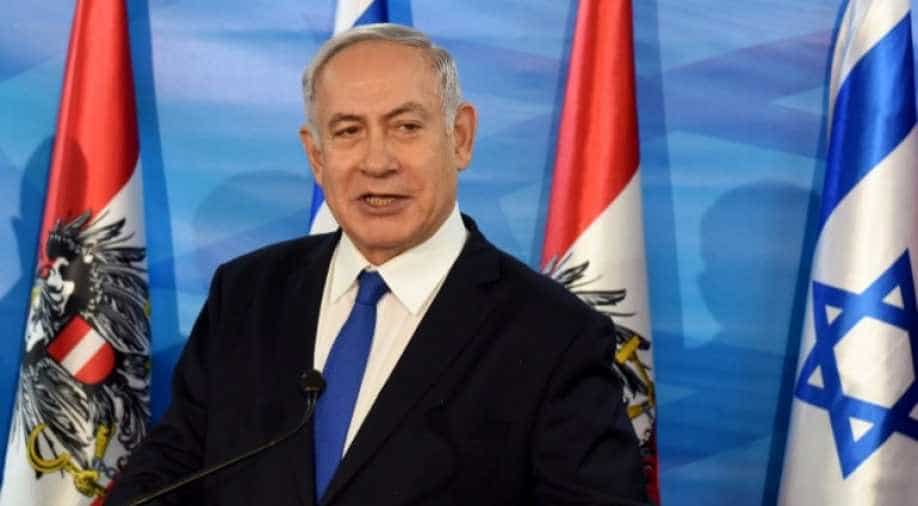 Israel collects around $127 million a month in customs duties levied on goods destined for Palestinian markets that transit through Israeli ports and then transfers it to the PA.

Israel collects around $127 million a month in customs duties levied on goods destined for Palestinian markets that transit through Israeli ports and then transfers it to the PA.

The Israeli parliament last year passed legislation to partially withhold funds, in response to PA payments to families of Palestinians jailed by Israel for attacks against Israelis.

"By the end of the week, the staff-work necessary for implementing the law on deducting terrorists' salaries will be completed," Netanyahu -- who faces a general election in April -- told journalists at the start of the weekly cabinet meeting.

"Next Sunday I will convene the security cabinet and we will approve the necessary decision to deduct the funds. Let nobody doubt, the funds will be deducted, at the start of next week," he said in Hebrew.

Earlier Sunday, Education Minister Naftali Bennett was among rightwingers pressing Netanyahu to implement the law after a Palestinian was arrested at the weekend on suspicion of killing 19-year-old Ori Ansbacher.

"The law to offset terrorist funds passed...last July," he Tweeted. "I call on the prime minister - apply the law immediately."

The Israeli army said Sunday it had started preparations to demolish the West Bank home of the Palestinian suspected of Ansbacher's killing, named ny security officials as 29-year-old Arafat Irfaiya from the flashpoint city of Hebron on the occupied West Bank.

"Overnight, troops operated in Hebron, where the suspect in the murder of Ori Ansbacher is from," the army said in an English-language statement.

"During the operation, the troops surveyed the suspect's house in order to examine the possibility of its demolition."

Ansbacher's body was found late Thursday in southeast Jerusalem, and she was buried the next day in her Israeli settlement of Tekoa.

Israeli security forces arrested the suspect in a raid in the West Bank city of Ramallah. He has not yet been charged.

Both the police and the Shin Bet security agency have said investigations have so far not found conclusively whether the killing was a "terrorist attack" or from other motives.

In the runup to elections, however, politicians and Israeli media appeared to have already made up their minds.

"I have no doubts about the nationalist motives of the murderer," Public Security Minister Gilad Erdan told public radio.

"After so many years of suffering from terror we should know - this is a nationalist attack."

Commenting on calls to execute Palestinian militant killers, Erdan said he was in favour of applying the death penalty in certain circumstances.

"If it becomes clear that there is no possibility of rehabilitating the murderer and that he abused his victim, in such cases capital punishment should be applied," he said.

"The time has come to employ the death penalty for terrorists, as the law allows us to do," the daily Maariv quoted MP Bezalel Smotrich of the far-right Jewish Home party as saying.

Despite a court gag order, Israeli social media were abuzz over the weekend with what Yediot Aharonot newspaper called "graphic descriptions about the alleged nature of the murder."

Police called on the public not to share "publications and reports, especially on social media, about the circumstances of the murder case —including irresponsible horrific descriptions."

"We hereby clarify that those are completely baseless publications," police said.

Sponsors of July's law on Palestinian funds wrote at the time that the PA paid around $330 million a year to prisoners and their families, amounting to seven per cent of its budget.

Israel has withheld payments in the past, notably in response to the Palestinians' 2011 admission to the UN cultural agency UNESCO as a full member.

The PA, which has limited sovereignty in parts of the West Bank, relies heavily on outside financial aid.