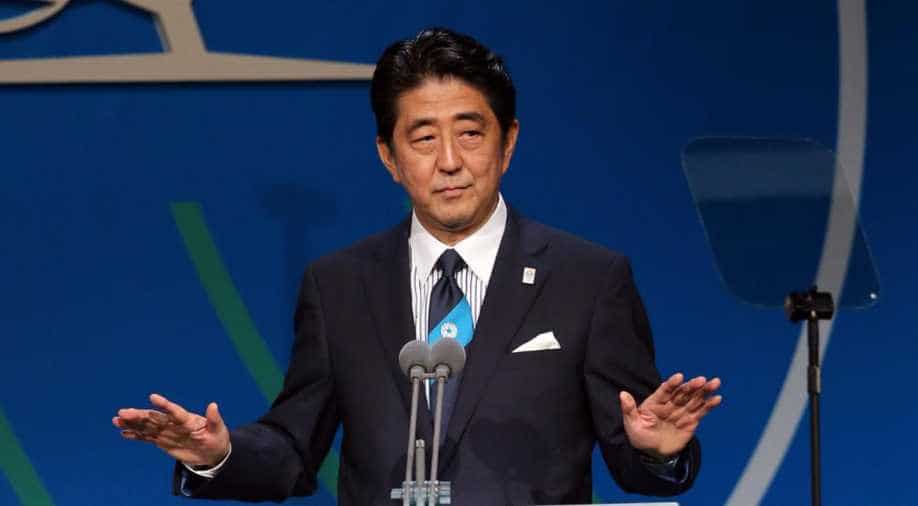 Nearly half of Japanese voters believe Prime Minister Shinzo Abe should quit to take responsibility over a cronyism scandal and cover-up that have sent his support sliding, according to an opinion poll released on Monday.

Suspicions have arisen about a sale of state-owned land at a huge discount to a nationalist school operator with ties to Abe's wife, Akie, setting off the biggest political crisis Abe has faced since returning to power in 2012 and prompting protestors to call almost nightly for him to quit.

Abe has denied that either he or his wife intervened in the sale or were involved in altering documents related to the deal, in which mention of his and Akie's names were removed.

According to a public opinion survey covered by the liberal Asahi newspaper at the weekend, 48 percent of those polled said Abe and his government should quit, compared to 39 percent who said that wasn't necessary.

Asked why they supported him, the largest number - 37.8 percent - said it was because his government "seems better than others," a reflection of the fragmented opposition and voter memories of the rocky tenure of the rival Democratic Party of Japan, one part of the reason Abe has managed to stay in power as long as he has.

No margin of error was given for the poll, in which 66.7 percent of 1,606 people contacted responded.

Asked about the land sale scandal in a parliamentary committee on Monday, Abe reiterated that as head of the government he was responsible for voters losing trust in his administration but repeated his denial that either he or his wife had been directly involved in the land sale.