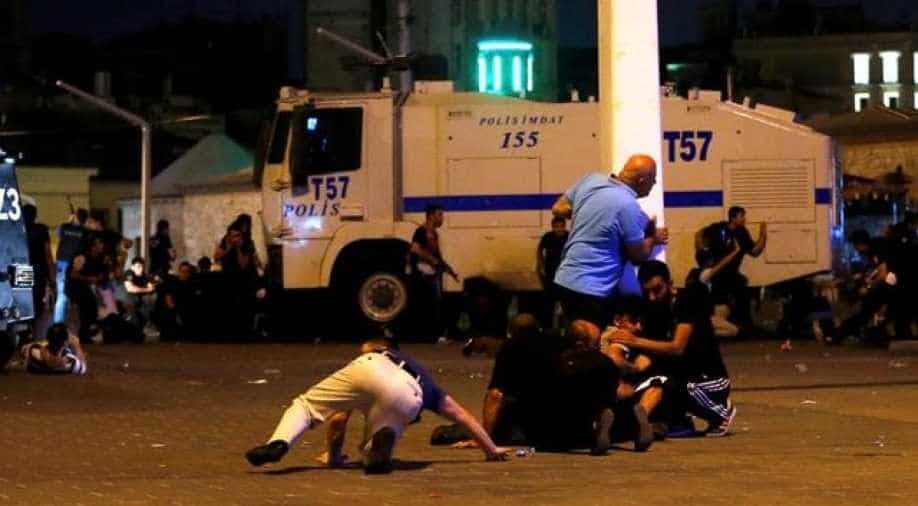 Rights groups and some of Turkey's Western allies fear that President Tayyip Erdogan is using the coup as a pretext to stifle dissent. In photo: Scenes from last year's coup. Photograph:( Reuters )

Turkish authorities have dismissed more than 90,000 public servants for alleged connections to a coup attempt in July as part of a purge critics say has broadened to target any political opposition to President Tayyip Erdogan.

Speaking to reporters at a roundtable interview broadcast on television, Labour Minister Mehmet Muezzinoglu said 125,485 people from the public service had been put through legal proceedings after the coup attempt, and that 94,867 of those had been dismissed so far.

Turkey has been rooting out followers of the US-based Muslim cleric Fethullah Gulen, whom it accuses of having infiltrated state institutions and plotted to overthrow the government. Gulen, who has lived in self-imposed exile in Pennsylvania since 1999, has denied the charge and condemned the coup.

Some 40,000 people from the police, the military, the judiciary, the civil service or the education system, have been remanded in custody pending trial for alleged connections with the coup attempt, during which at least 240 people were killed.

Emergency rule declared after the failed coup attempt enables the government to bypass parliament in enacting new laws and to limit or suspend rights and freedoms when deemed necessary.

Rights groups and some of Turkey's Western allies fear that President Tayyip Erdogan is using the coup as a pretext to stifle dissent, from state institutions to political parties.

NATO member Turkey has been hit by a spate bombings and shootings in the past year, claimed by Kurdish and Islamic State militants, on top of July's failed coup, in which soldiers commandeered tanks and fighter jets in a bid to seize power.