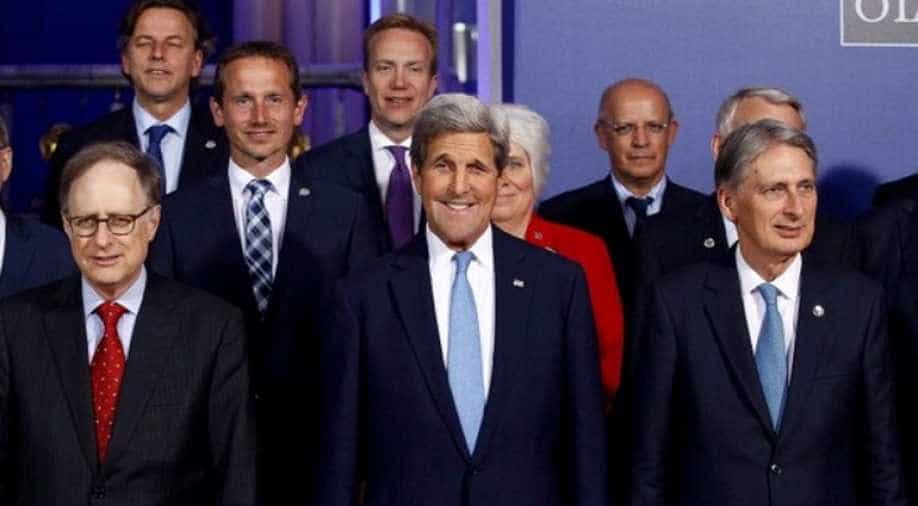 Follow Us
NATO and Russia today will hold their first talks since the alliance agreed at a summit in Warsaw to beef up its presence in eastern Europe due to fears over the Kremlin's expansionism.

The meeting between ambassadors from the 28-nation alliance and Russia is the first since April and just the second since 2014, when the Ukraine crisis plunged relations into a deep freeze.

The alliance said it would brief Moscow on last week's decision to send four battalions totalling around 4,000 soldiers to Poland and the Baltic states, which have been nervous ever since Russia's 2014 annexation of Crimea.

Moscow said it would discuss the risks of the US missile shield that NATO declared operational at the summit in the Polish capital, as well as improving airspace safety over the Baltic.

"In the spirit of transparency, we will brief Russia on the important decisions we took in Warsaw last week to enhance our security."

Russia has been strongly critical of the NATO decision, accusing the alliance of aggression and warning that it will react to the deployment of forces in its former Soviet backyard. But NATO said it was acting purely defensively.

"NATO does not pose a threat to Russia. We do not seek confrontation. We continue to aspire to a constructive relationship with Russia, when Russia's actions make that possible," Romero said.

"Tomorrow's meeting is a sign that NATO is following through on our commitment to political dialogue with Russia."

The last set of talks in Brussels in April ended in "profound disagreements" between NATO and Russia over Ukraine and other issues, despite hopes they could ease years of tensions. NATO leaders meeting in the Polish capital last week said they had agreed on a twin-track policy of "deterrence and dialogue" with Russia, insisting they would not back down until Moscow abided by the Minsk peace deal for Ukraine.

Alliance chief Jens Stoltenberg said they "stand together" despite signs from some NATO nations like France that they want to focus on a diplomatic solution with Moscow. Moscow however slammed NATO at the weekend for focusing on a "non-existent" threat from Russia and accusing it of living in a "military-political looking-glass world".

Russia's NATO-member Baltic neighbours have accused Moscow of regularly violating their airspace in recent months and flying with switched-off transponders, devices that allow radars to identify planes and prevent collisions.

President Vladimir Putin this month backed a call for all military aircraft flying over the Baltic region to keep their transponders on.
At the summit with NATO, Moscow will also "stress the risks to strategic stability that have appeared as a result of the ongoing construction of the US and NATO anti-missile system in Europe," Zakharova said.

NATO insists the missile shield is aimed at Iran or possible rogue non-state actors, and says it poses no threat to Russia's military deterrent.