NASA's unmanned spaceship closes in on most distant world ever studied 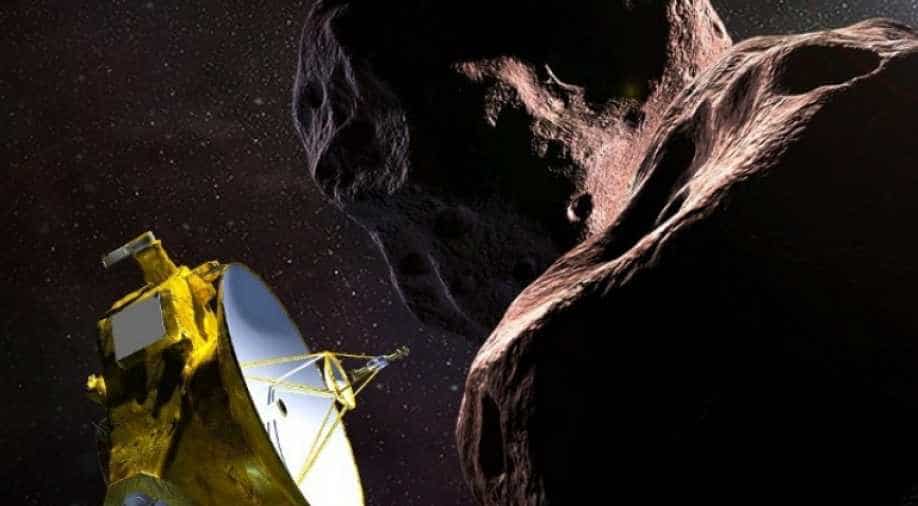 The cosmic object, known as Ultima Thule, is about the size of the US capital, Washington, and orbits in the dark and frigid Kuiper Belt about a billion miles beyond the dwarf planet, Pluto.

NASA's unmanned New Horizons spacecraft is closing in on its historic New Year's flyby target, the most distant world ever studied, a frozen relic of the solar system some four billion miles (6.4 billion kilometres) away.

The cosmic object, known as Ultima Thule, is about the size of the US capital, Washington, and orbits in the dark and frigid Kuiper Belt about a billion miles beyond the dwarf planet, Pluto.

The spacecraft's closest approach to this primitive space rock comes January 1 at 12:33 am ET (0533 GMT).

Until then, what it looks like, and what it is made of, remain a mystery.

"This is a time capsule that is going to take us back four and a half billion years to the birth of the solar system," said Alan Stern, the principal investigator on the project at the Southwest Research Institute, during a press briefing Friday.

A camera on board the New Horizons spacecraft is currently zooming in on Ultima Thule, so scientists can get a better sense of its shape and configuration — whether it is one object or several.

"We've never been to a type of object like this before," said Kelsi Singer, New Horizons co-investigator at the Southwest Research Institute.

About a day prior, "we will start to see what the actual shape of the object is," she said.

The spacecraft entered "encounter mode" on December 26, and is "very healthy," added Stern.

Communicating with a spacecraft that is so far away takes six hours and eight minutes each way — or about 12 hours and 15 minutes round trip.

Until then, the New Horizons spacecraft continues speeding through space at 32,000 miles (51,500 kilometres) per hour, travelling almost a million miles per day.

And NASA scientists are eagerly awaiting the first images.

"Because this is a flyby mission, we only have one chance to get it right," said Alice Bowman, missions operations manager for New Horizons.

The spacecraft, which launched in 2006, captured stunning images of Pluto when it flew by the dwarf planet in 2015.