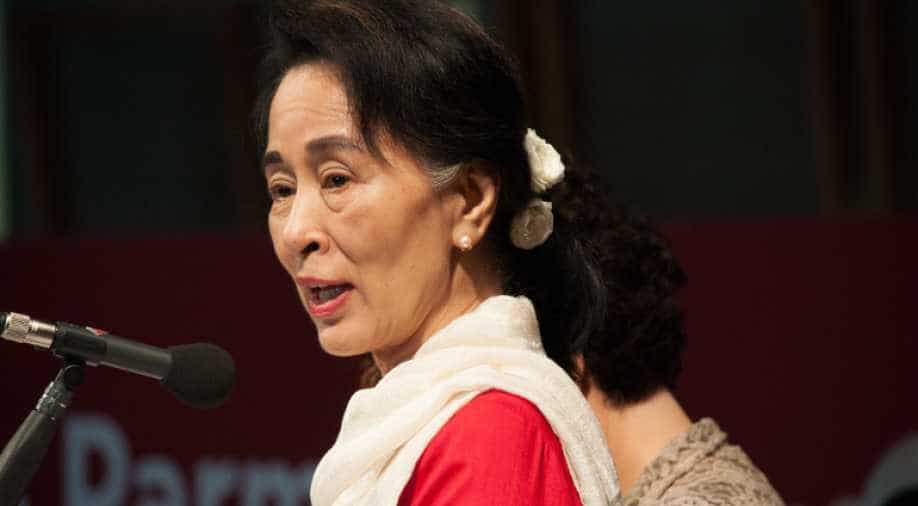 Myanmar's leader Aung San Suu Kyi spoke of repatriating those who meet strict criteria set between the two countries in 1993 when tens of thousands of Rohingya were repatriated having fled Myanmar authorities. (Source: Wikimedia Commons) Photograph:( Others )

Myanmar is poised to begin "verifying" how many of the near half a million Rohingya refugees to Bangladesh it will take back, the Ministry of Information said on Thursday, naming land and sea points in restive Rakhine state for their return.

Some 480,000 Rohingya Muslims have fled Rakhine to Bangladesh since August 25, when militant attacks on sparked an army campaign that the UN says was tantamount to "ethnic cleansing".

The new arrivals are living in increasingly desperate conditions in over-crowded rain-battered camps, reliant on a trickle of aid.

Bangladesh, which already hosted hundreds of thousands of Rohingya before the latest crisis, has led the global chorus calling on Myanmar to take back the Rohingya and guarantee their safety.

But it is unclear how many Rohingya, who numbered around one million in Myanmar before August 25, will be eligible for return to a country that does not recognise them as citizens.

Many others are unwilling to move back to charred villages and communities cut by communal hate in Rakhine.

Last week Myanmar's leader Aung San Suu Kyi said her country will repatriate those who meet a strict criteria set between the two countries in 1993, when tens of thousands of Rohingya were repatriated having fled Myanmar authorities.

Verification will be carried out "soon" on Myanmar soil at two border points, the Ministry of Information said in a Facebook statement.

"After the verification process, the refugees will be settled at Dargyizar village," he was quoted as saying.

Dargyizar village is in an area of Maungdaw hit hard by the recent communal violence, that saw hundreds killed and gutted countless Rohingya villages.

The minority do not qualify for Myanmar citizenship despite many tracing back their family history in Rakhine for generations.

The army insists they are not an ethnic group, but instead "Bengalis" -- or interlopers from across the border -- and therefore needed to be carefully counted back in.

The Muslim group were stripped of citizenship by a junta-scripted law in 1982 and have been corralled ever since by a combination of legal controls and violence.

Rights groups say the Myanmar government verification process will fall flat as many Rohingya will snub it, while others have lost the required documents in fires and flight.

Many Rohingya refugees in Bangladesh are now refusing to register with authorities there as repatriation talk grows louder, saying their identity as an ethnic group is not recognised on the forms.