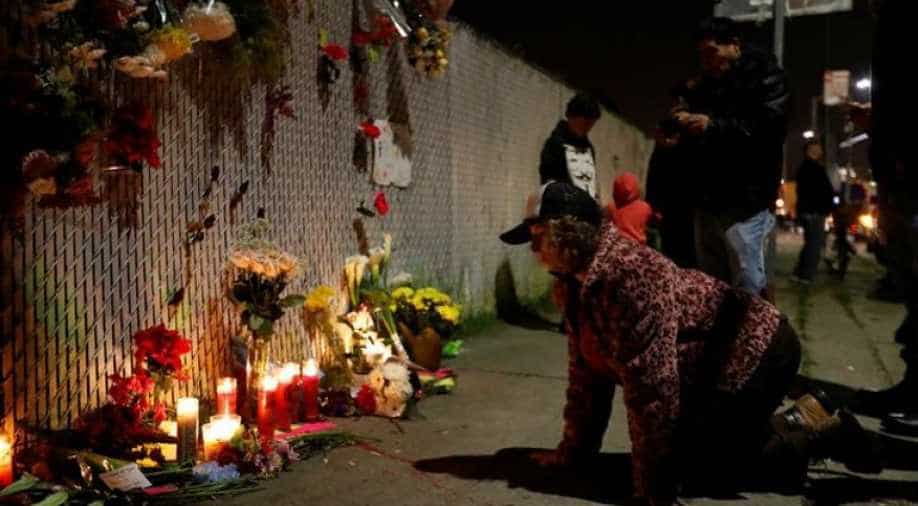 Among those identified were Donna Kellogg, 32, who was going to culinary school while working at a Berkeley coffee shop, the San Francisco Chronicle reported, citing family and friends. Photograph:( Reuters )

Victims of a fire that destroyed a converted warehouse in California this weekend, killing at least 33 people, included a woman working her way through culinary school, at least three musicians and a teacher.

Their lives all ended suddenly when the performance space and artist community known as the Ghost Ship, which the city said was permitted only as a warehouse, turned into an inferno late Friday in the Fruitvale neighbourhood of Oakland, east of San Francisco.

Officials say they have found 33 bodies so far and expect to find more. Oakland officials released the first list of victims late on Sunday, seven California adults in their 20s and 30s and a 17-year-old whose name was withheld.

Among those identified were Donna Kellogg, 32, who was going to culinary school while working at a Berkeley coffee shop, the San Francisco Chronicle reported, citing family and friends.

Often referred to as "Chase" by friends on his social media accounts, Wittenauer lived in Oakland, according to his Facebook page. The page included several photos of him sporting a distinctive mass of curly hair and performing in concert.

"If talent was what got you paid, my friends and I would be millionaires," he wrote on Twitter on September 26.

Travis Hough, 35, was also a musician. A Facebook page that appeared to be his showed that he performed with the Oakland-based band Ghost of Lightning. The Chronicle reported that he also used the name Travis Blitzen.

A "Lotsa Helping Hands" web page identified Louisa LeMauviel as Hough's partner and encouraged friends and loved ones to support her in the wake of his death.

Cash Askew was also a musician, performing with the band Them Are Us Too, according to his Facebook page. Askew's most recent post included a plea for donations for a fundraiser to help people who identify as gay and transgender.

"Completely heartbroken to lose such an incredible soul," Askew's label, Dais Records, posted on Twitter. "We love you Cash."

Sara Hoda, 30, of suburban Walnut Creek, was a Montessori teacher who loved yoga and once lived in Mexico City, according to Facebook posts by her friends.

Hoda told friends she was going to the party at the Ghost Ship, according to a Facebook user who goes by the name Carolina Sunshine. Friends and family began to worry when she went missing after the blaze, her truck still parked nearby, the post said.

Another friend, listed on Facebook as Allison Marie Marie, recalled Hoda as a devoted yoga practitioner who could do handstands and loved to ride bikes and cook. "Sending love and prayers and big hugs," she wrote.