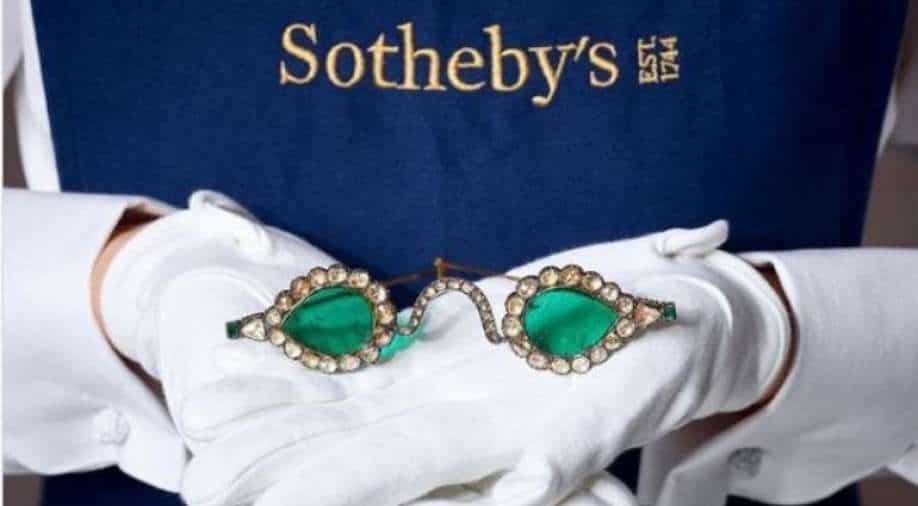 The spectacles were designed to ward off evil

We wear spectacles to see things better. Well, at least mortals like us do. But there were two pairs of spectacles made in 17th century that were supposed to ward off evil and help the wearer reach enlightenment. It's natural that with such heavy-duty responsibility, the glasses needed some serious craftsmanship. Diamonds and emeralds may not sound like an overkill when such a context is adopted.

Two pairs of such 'glasses', encrusted with diamonds and emeralds are going to get auctioned off. And they are expected to fetch $3.5 million! The auction-house Sotheby is doing the honours.

If warding off evil is not enough for you to attempt to justify the mega price tag, the specs of the specs (specifications of the spectacles, get it?) may convince you.

One of the spectacles has their lenses made of diamonds. The other pair has two brilliant emeralds.

The spectacles have an Indian connect. Lenses from one of the pairs (known as 'Halo of Light') are believed to have been cut from a 200-carat diamond found in Golconda, India. The place is currently located in Indian states of Andhra Pradesh and Telangana. As per Sotheby's estimates, the original diamond was "possibly the largest ever found"

Emeralds in the other pair are believed to have been cut from a Colombian emerald weighing more than 300 carats.

Now who would own such neighbour's-envy spectacles? Sotheby's Edward Gibbs has been quoted as saying that they "could only have belonged" to an emperor, his inner circle, or a high-ranking courtier. Gibbs says that the spectacles are an exceptional example of Mughal-era craftsmanship.

The spectacles are to go for auction in October this year. Ahead of the auction, they are set to go on public display in New York, Hong Kong and London.

Gemstones have been prized in Islamic and Indic traditions. Diamonds and other gemstones were considered to possess 'celestial light'. Their use for pairs of spectacles designed to ward off evil has such a connection.

Feeling bad about your Raybans already?