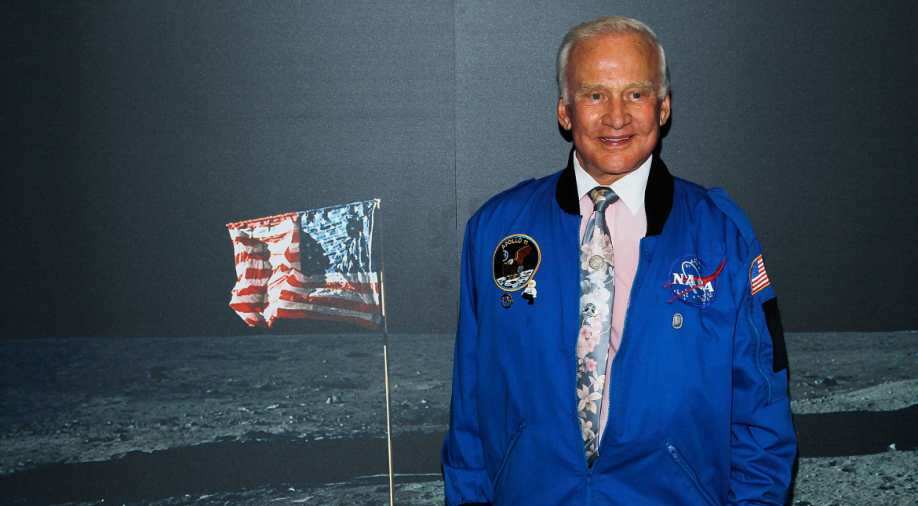 No other details about Aldrin's condition were released. Photograph:( Getty )

Retired astronaut Buzz Aldrin, the second man to walk on the Moon, has arrived in New Zealand after being medically evacuated from the South Pole while on a tourist trip, officials said Thursday.

Aldrin, 86, was flown out of Antarctica after his "condition deteriorated," said a statement from the tour operator, White Desert.

Aldrin was "evacuated on the first available flight out of the South Pole," it added, describing the move as "a precaution."

"His condition was described as stable upon White Desert doctor's hand-over to the US Antarctic Program medical team," the statement said.

No other details about Aldrin's condition were released.

From there, another flight took Aldrin to McMurdo Station on the Antarctic coast, and then to New Zealand, where he arrived at 4:25 am local time Friday.

"The plane carrying Buzz Aldrin out of Antarctica has reached Christchurch, New Zealand," said an NSF statement emailed to AFP.

"Upon arrival in Christchurch, the Antarctic program's logistics hub in New Zealand, Aldrin was transferred to a local medical facility," it added.

A spokesman for the NSF said he had no information on Aldrin's condition, and would be issuing no further updates.

In 1969, Aldrin and Neil Armstrong became the first men to walk on the Moon, as part of the Apollo 11 mission.

Armstrong stepped out of the lunar module first, uttering the now famous words, "That's one small step for man, one giant leap for mankind."

Aldrin, clad in a bulky white spacesuit, hopped out next.

In recent years, Aldrin has authored books for adults and children and advocated establishing a permanent human colony on Mars.

Aldrin is an avid user of Twitter, and tweeted in recent days about his trip to the South Pole.

"I could be a little underdressed for Antarctica. Although I tend to be hot blooded," he wrote on November 27, posting a picture of himself wearing a black and red Mars shirt.

"South Pole, here I come!" he wrote a day later.

He joined the US Air Force, and flew 66 combat missions in the Korean War, shooting down two enemy fighter jets.

He earned a doctorate in astronautics from the Massachusetts Institute of Technology, and devised manned space rendezvous techniques -- an orbital maneuver during which two crafts dock in space -- that were later adopted by NASA.

In 1963, he was picked to join the select corps of early US astronauts, and six years later he set a record -- now broken -- for the longest space walk by spending five and a half hours outside the spacecraft during the Gemini 12 orbital mission.

He is known to be a Republican and a devout Christian, and has said he took communion while in the spacecraft that landed on the Moon.

Aldrin has been married and divorced three times and has three children.